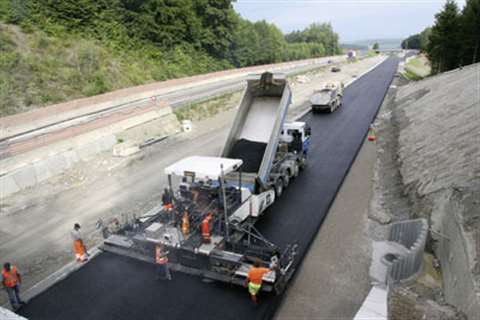 A year ago forecasts for the European construction industry were not that bad. Economists were expecting a slowdown, or perhaps a mild recession, but certainly nothing on the scale of the downturn that currently afflicts the industry.

Data now shows that construction activity in Europe fell in 2008 and the decline steepened in 2009. Euroconstruct, a group of 19 economic forecasting companies based around the region puts the overall decline at -7.46% this year. Meanwhile the European Construction Industry Federation (FIEC) puts the downturn at -5.0%.

Having said that, Europe as a whole will not have as tough a time as other developed markets such as Japan or the US. These countries will see much deeper and longer downturns in construction activity than Europe.

But the other point to make about Europe is that it is such a large and diverse region that headline figures often fail to sum-up the different situations in different countries. Germany and France for example are seeing relatively short and shallow downturns in construction activity. But at the other end of the scale are countries like Ireland and Spain, where the bursting of speculative housing bubbles is making for crushing recessions.

The hardest hit sector across the region has been new house building, with activity falling -14% this year according to FIEC. Unfortunately some of the worst falls are being seen in the biggest markets - Spain is down -23% this year and the UK fell-25% on top of a -17% decline in 2008.

There are two key reasons for this. One is that house building is at the smaller scale of construction activity, so it is relatively easy to halt activity. In contrast, a major piece of infrastructure or large office building may take years to complete.

The other issue is that the current crisis started with the credit crunch among the banks, and mortgage lending remains at a low level as a result. It follows that if people can't borrow money to buy a house, there's no point in building one.

Non-residential construction in Europe has not been as badly affected - according to FEIC it is down -5.1% this year. As well as being a sector that is difficult to turn off slowly, non-residential building also seems to being supported by public sector projects, with governments maintaining their investment in schools, hospitals and so on throughout the crisis.

Government support is also the reason why the civil engineering sector has not fallen in Europe this year, and in fact may continue to rise. What stimulus plans there are in Europe have some aspect of infrastructure investment. Even if they don't, governments certainly haven't cut spending.

That may change in the future as Europe emerges from the crisis and the public sector has to address the deficits it has built up getting through the difficulties, but for now the sector looks solid.

The previous dynamic of the European construction sector was that mild growth in the Western developed countries was contrasted by high growth levels - +10% or more - in central and eastern Europe (CEE).

Unfortunately this looks like it too has changed. Although Euroconstruct sees growth in construction output of +1.24% in the region as a whole this year, it is only Poland that is still in expansion mode. The other countries in the region are seeing output fall, and some - Lithuania for example - are suffering a painful crash.

The fact that the European construction sector is in recession is hardly news. The question is, when will the recovery come?

That sounds a reasonable outlook, but given that the economic forecasting community didn't see the recession coming until after it had arrived, how much should we trust their forecasts now?

The first thing to say is that there is more certainty now, and the economic situation is better understood than it was a year ago, which should make the forecasts more reliable. The second point is that there is other evidence to support the view the markets will bounce back in the middle of next year.

One indication comes from the monthly CE Barometer survey run by iC's sister magazine, Construction Europe. As explained in the ‘Confidence returning' box, industry sentiment is now that the market has bottomed-out and activity should start rising again in the second quarter of next year.

Stock markets also provide a good pointer, because of their forward-looking nature. Share prices today are based on what investors think about profitability over the next 12 to 18 months, and as a result are regarded as a good leading-edge indicator of a recovery.

Construction Europe's share index, the CET, is a basket of 60 shares covering the key players in the European contracting, building materials producing and construction equipment manufacturing sectors, and like the CE Barometer, this too is providing positive signs.

Construction share prices bottomed-out in early March this year, following almost 18 months of declines. Compared to the peak in early 2007, the CET index lost more than -70% of its value over this period.

As a result, the CET index is up an impressive +25% for the year to the end of August, and is a massive +72% higher than the low seen in mid-March.

It is clear from this that the stock markets agree the worst is in the past for the European construction industry. The strength and steepness of the rally, helped by better than expected results for the second quarter of the year, are also encouraging signs.

Another important piece of information was the news in August that the economies in Germany and France are growing again. Both saw quarter-on-quarter GDP rises of +0.3% in the second quarter of the year, and the overall contraction for the EU was just -0.3%.