Fraco used World of Concrete to show its Exoskeleton prototype, a wearable technology geared toward reducing worker fatigue and injuries associated with handling concrete blocks. The company also said the unit could counter the lack of labor present in the construction industry.

Developed in collaboration with Mawashi Science and Technology Inc., the Fraco Exoskeleton is a device attached to several sections of the human body to restore mobility and reduce effort. It is the result of an adaptation of the UPRISEmc exoskeleton developed by Mawashi for the military sector and it is the first civilian application of the model. It has been used in military special operations for seven years.

The unit consists of an actuation system for the upper limbs to support and assist masons’ arms, a quasi-passive joint locking mechanism and a passive lifting assistance mechanism. It is free-flowing and does not restrict any range of motion. The unit can reduce the weight of concrete blocks by 21 pounds.

For Armand Rainville, founder of Fraco, the device is a revolution for the masonry industry.

“During my career as a mason, I have known so many workers who have had to leave the profession around the age of 40 because they have jeopardized their health by maneuvering concrete blocks. We developed the Fraco Exoskeleton with all these workers in mind.” 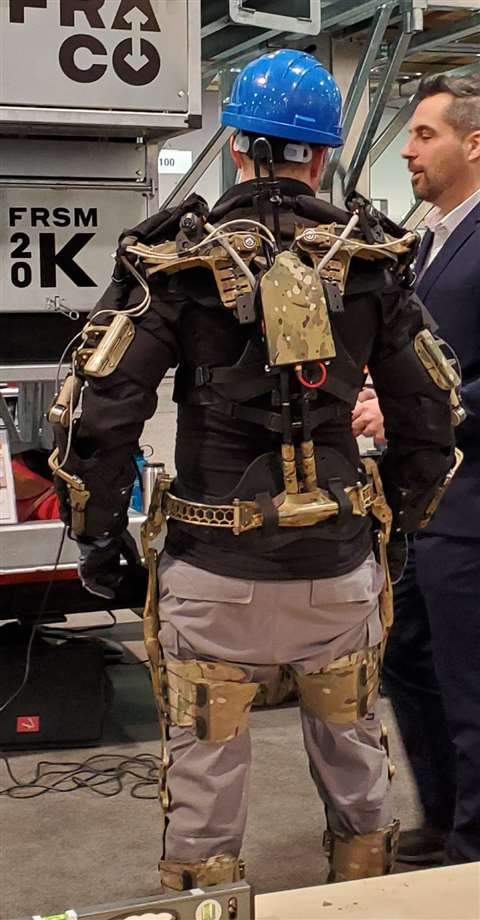