A project to build the world’s longest suspension bridge in Turkey is ready for construction after the Korean and Turkish companies who have the tender for the project succeeded in securing the level of finance required. 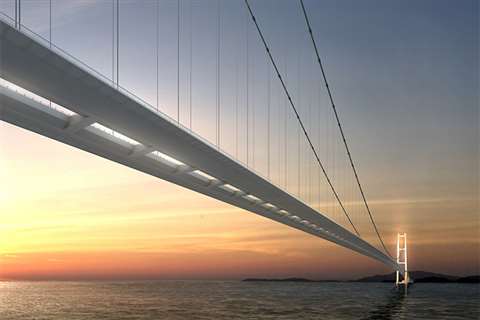 The bridge is due to be completed by 2023

The 1915 Çanakkale Bridge and Highway project, a suspension bridge over the Dardanelles Straits which will connect the Asian continent with Europe, has secured US$2.8 billion in financing.

The money has come from a pool of 21 lenders, including Deutsche Bank and the Bank of China.

The bridge is being built by a consortium of South Korean and Turkish companies — Daelim, SK Engineering and Construction, Limak and Yapı Merkezi — who earlier in 2017 won a tender and a 192-month lease for the project. The four companies each own a 25% stake in the project.

The suspension bridge will be 3.6km long and the project also includes the construction of 85km of connecting roads in Western Turkey.

The project has an estimated completion date of 2023, the 100-year anniversary of the founding of the Republic of Turkey. The estimated cost of the bridge is US$3.8 billion.