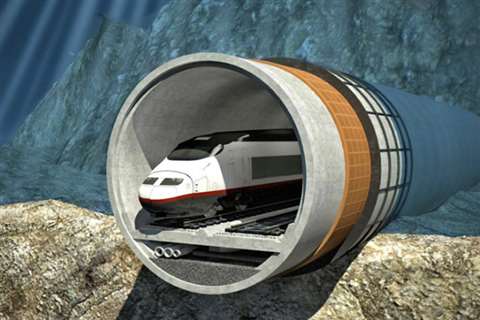 When completed, the rail link is expected to cut travel times to around 20 minutes, benefitting tens of thousands of daily commuters who currently make a two-hour crossing by ferry.

The tunnel will be built with a diameter of 17m, allowing for the future development of alternative transport links, including a possible hyperloop technology connection.

One third of the project’s funding is to be provided by Touchstone as a private equity investment, with the remainder as debt financing.

The tunnel’s developer, FinEstBayArea Development, is reported to have signed a memorandum of understanding with the Chinese fund, with the two organisations set to agree further financial arrangements over the next six months.

The investment adds to the €100 million already secured by FinEstBayArea Development from the Dubai-based construction company ARJ Holding.

The development, one of the largest infrastructure projects in Europe, will see Touchstone as a minority shareholder, with FinEstBayArea looking to secure further capital investments from European, Nordic and Finnish parties.