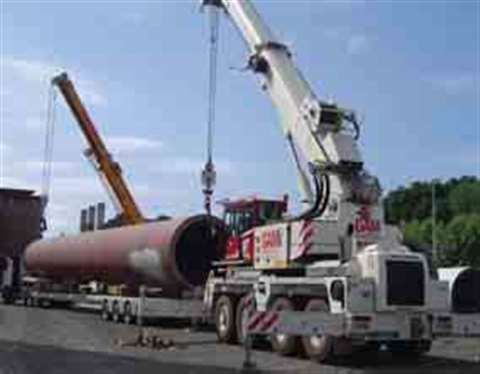 GAM offers heavy transport as one of its rental services

GAM in Spain reported a significant slowdown in its growth during the three months to 30 September, with revenues up 5.5% to €95 million. Although with 21 consecutive quarters of growth, the result represents a slowdown on the 19% growth in the first half of the year (after taking account of acquisitions).

GAM said it entered a downward trend during the quarter that would continue "for the next few periods". The company said the average age of its fleet was under three years, which meant that it did "not need to make any additional fleet replacement or general investment in the next few years, which translates into savings in CapEx."

Sales for the first nine months of the year were up 30% to €282.3 million, with EBITDA (earnings before interest, tax, depreciation and amortization) up 29% at €120.9 million. GAM said it had implemented a cost reduction plan several months ago that would allow it to maintain its high margins "in the next few quarters". EBITDA margin for the nine months remained at 43%.

GAM is Spain's largest equipment rental company, with more than 100 depots in Spain and Portugal as well as rental operations in Romania, Bulgaria, Poland, Mexico and, soon, Brazil.