Case Construction Equipment has been honoured with the prestigious Good Design Award in the Industrial Category for its G-Series wheeled loaders from the Chicago Athenaeum: Museum of Architecture and Design and the European Centre for Architecture Art Design and Urban Studies. 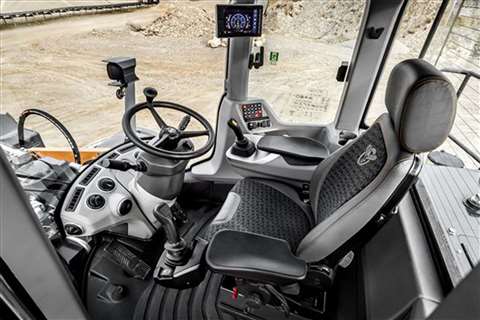 The company received the award for the latest generation of its wheeled loader range, which was launched in 2017.

It was one of thousands of submissions sent by the world’s leading manufacturers and industrial design firms.

As a winner of the award, the G-Series is now part of the museum’s Permanent Design Collection.

“We have been judged against the very best in the world and the G-Series has emerged as a winner,” said Carl Gustaf Göransson, brand president for CNH Industrial’s construction equipment businesses.

Features of the design include a one-piece windscreen with unobstructed panoramic view to the front, and a cabin interior designed to maximise space for the operator.

The suspended cab features an air ride active suspension premium seat, combined with the positioning of the engine at the rear of the machine which the company says dramatically reduces noise and vibration.