Guan Chuan with Sennebogen in Singapore 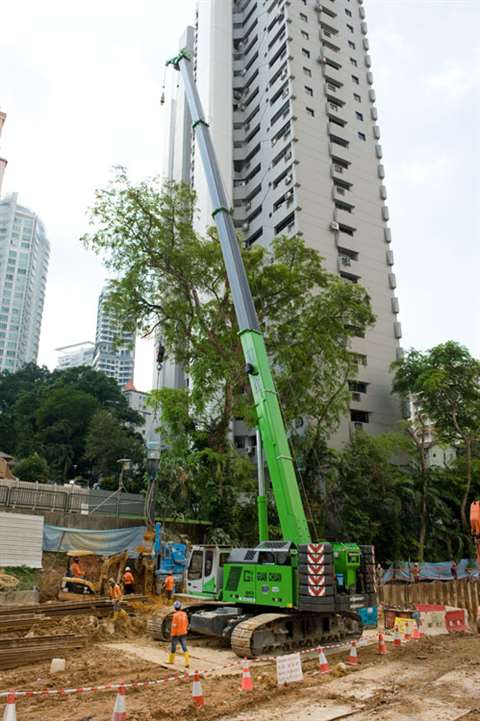 A crush piler was fitted to the crane, which has a 42 metre boom, a Starlifter undercarriage, a 4.40 m track width is powered by a 186 kW diesel engine. It is also fitted with a Maxcab which offers a 20 degree tilt for a better view of the load.