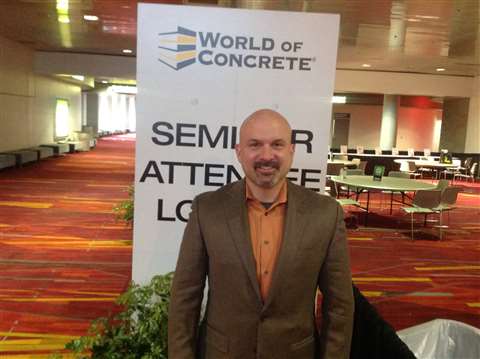 The annual World of Concrete construction equipment exhibition in Las Vegas, US, has attracted 48,000 attendees and 1,250 exhibitors over four days, according to organiser Hanley Wood.

The show ran from 21 January to 24 January at the Las Vegas Convention Center, with an education programme which started on Monday 20 January.

Tom Cindric, vice president at Hanley Wood, said the exhibition - which this year marked its 40th anniversary - had been a success.

"We have seen 11,500 people attend our seminars this year, which tells us that there is a real thirst for knowledge in the sector. People are ready to grow their businesses and improve their skills."

Hanley Wood also plans to launch a European version of the World of Concrete show. Next year, it will partner with SE Intermat, which organises the tri-annual Intermat construction equipment exhibition in Paris, France.

Intermat Paris will take place from 20 to 25 April, 2015, at the Paris Nord Villepinte exhibition centre. World of Concrete Europe will be situated at the front of Hall 7 of the exhibition, with a demonstration area on the plaza outside the hall.

"Our goal is to establish a standalone event in Europe 18 months after next year's Intermat," Mr Cindric said.

"Most likely this would also be in Paris in the autumn of 2016. Then in 2018 we would partner with Intermat again in the same format, and the plan would be to alternate the standalone event and the Intermat collaboration like this."

The news of the European version of the show comes after Hanley Wood held the first World of Concrete India from 24 to 26 October, in Hyderabad. It has confirmed that another edition of this show will take place in November 2014 also at the HITEX Exhibitions Center in Hyderabad.

The Indian edition is jointly organised by Hanley Wood and Inter Ads Exhibitions, India, supported by the Indian Concrete Institute.