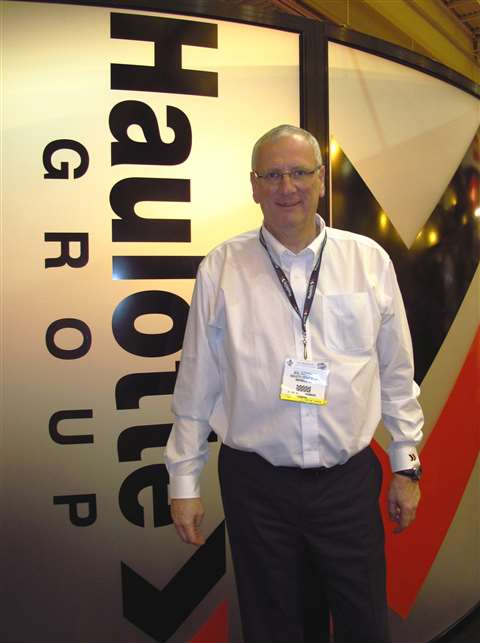 At The Rental Show 2012 in New Orleans, Haulotte Group told Access, Lift & Handlers it will launch a new 60-foot boom to the North American market at the end of the year. The company also announced the appointment of Jose Monfront, chief operating officer of Haulotte Group worldwide, as its new North American territory manager. Monfront has relocated from France to the United States to work closely with management.

The 60-foot boom was researched and developed "zone specifically," according to Thibault Mouillefarine, director of marketing and services at Haulotte Group. For North America, the boom will undergo design and manufacturing at Haulotte's Ohio facility.

A prototype and field units will be out before April and customers can expect a 67-foot option in 2013.

The "zone specific" approach, according to Tami Becher, marketing and communications manager for Haulotte Group (USA), involves units being co-designed and engineered by teams in both France and the U.S.