Saudi Aramco’s new Jazzan Refinery and Terminal Project in Saudi Arabia is the latest project to which Haulotte has supplied its range of articulated and telescopic big booms. The Refinery will be a grassroots facility with an anticipated capacity of up to 400,000 barrels per day (BPD). 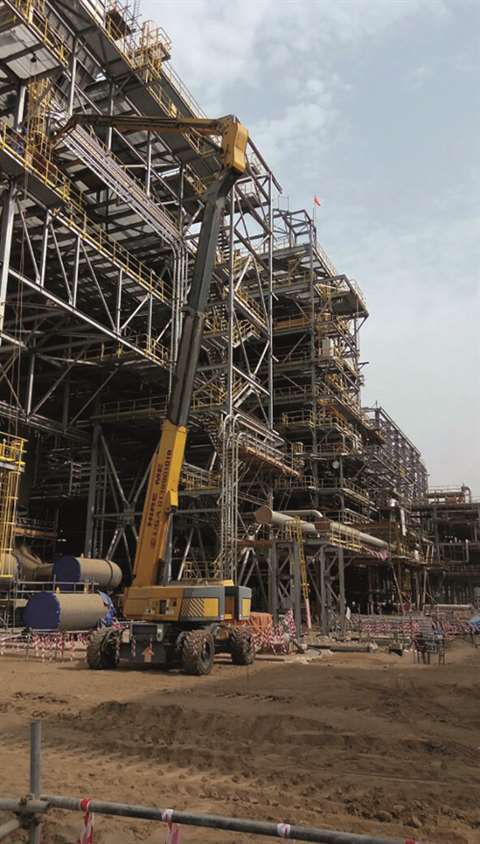 It will produce 80,000 bpd of gasoline, 250,000 bpd of ultra-low sulfur diesel and over 1 million tons per year of benzene and paraxylene products. The Jazan Refinery complex will also be equipped with a state-of-the-art port and a four-gigawatt power plant that will make the refinery entirely self-sufficient and provide power to locally owned manufacturing and service companies.

Saudi Arabia through Saudi Aramco had selected the city of Jazzan, on the southern coast of the Red Sea to spend $27 billion capital expenditure to create a totally greenfield Jazan Economic City (JEC) which is part of a strategy to nurture non-oil based industries, expand the Kingdom’s existing industries to serve domestic needs and rejuvenate the Jazan region by providing employment opportunities.

The models used the most are the Haulotte articulated HA41PX-NT and HA41RTJ PRO and the telescopic HT43RTJ PRO. The HA41 models have an outreach of 19.80m and less than 40 seconds lifting speed. The recently launched HT28RTJ PRO, equipped with the Stop Emission System, is also working on the site. This system automatically puts the machine in stand-by after an extended period of inactivity. 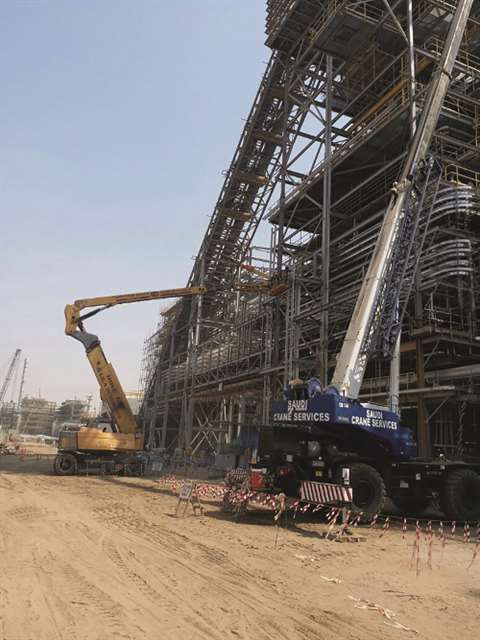 As per Saudi Aramco’s request, all the machines were equipped with a secondary guarding system: The Activ’ Shield Bar 2.0. The system alerts the operator to potential entrapment situations and is unique in that it features a Safety Gap which can protect the operator from full entrapment and potentially allow them to get out of danger.