A partner of the Bigmove group, Hegmann’s fleet already comprised dozens of Nooteboom trailers, but this is the first time the company has invested in Manoovr semi low-loaders.

Nooteboom said the combination of a low load floor with an excavator trough and 80 tonne ramps, makes it possible for Hegmann to transport most of the heavy construction machinery with this semi low-loader, where before Hegmann had to use a 2bed4 low-loader.

It added that Hegmann chose the semi loaders because they also offer advantages when it comes to exemptions, manoeuvrability and transport efficiency due to their shorter combination length.

Described by Nooteboom as a “mega” investment, the manufacturing company will display Hegmann’s Manoovr at its stand at Bauma in Germany. 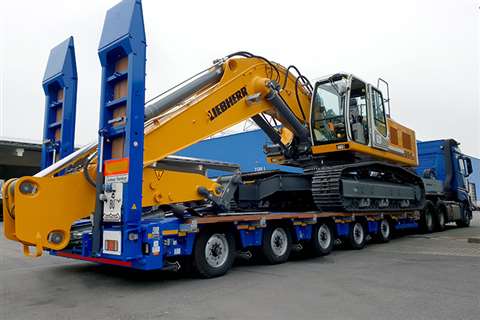