Hill Engineering and Takeuchi couple up 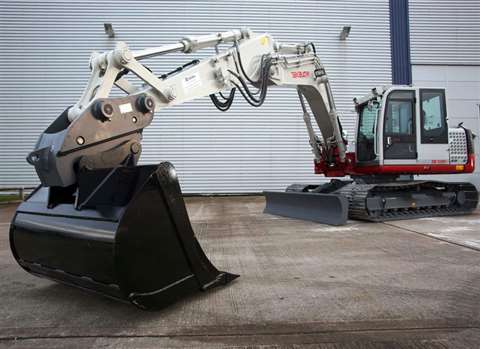 Based in Newry, Northern Ireland, Hill Engineering has been working with Takeuchi since 2012. Last year, the firm provided Takeuchi with 150 couplers, while 2014 figures look set to hit 500.

Mike Roby, Hill Engineering’s sales director said, “With Takeuchi’s strong performance in the excavator market place we fully expect to retail in the region of 700 couplers next year. This year alone Takeuchi has invested in the region of £700,000 with Hill. We see this growth continuing as the Takeuchi customer base continue to specify the TEFRA hitch more and more due to the increased reliability of the product.”

Kevin McLaren Takeuchi’s service manager, said, “In 2014 Takeuchi increased its product range introducing the new TB260 and TB290 alongside a new wheeled TB295W. It is on these larger sized excavators, 5 tonne plus weight class, alongside the popular 3 tonne TB228, the customers often select Hill as the preferred hitch. Hill Engineering can’t build them quick enough, they are that much in demand.”