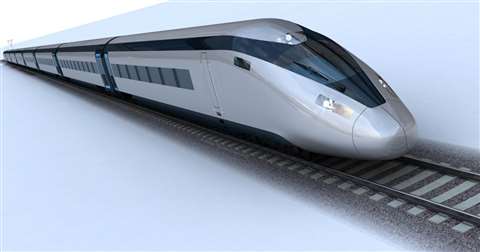 High-Speed 2 will connect London with the north of England

UK Prime Minister Boris Johnson announced yesterday that the controversial and hugely over-budget High Speed 2 (HS2) rail project would go ahead, as per its original specification.

“Today,” he said, “the Cabinet has given high-speed rail the green signal. We are going to get this done.”

He added, “We are taking decisive action to restore discipline to the programme. I will be appointing a minister, whose full-time job will be to oversee the project. A new ministerial oversight group will be tasked with taking strategic decisions about it.”

The decision comes months after the government tasked former HS2 chairman Doug Oakervee with compiling a detailed report on the project, which was widely reported to be running over time and budget.

HS2 first broke ground in 2017, with an anticipated budget of £56 billion (€66 billion), which was already a significant hike from the original estimate of £33 billion (€39 billion).

Oakervee’s report, however, revealed it could not be completed on time and would cost in the region of £106 billion (€126 billion).

Following the report, the government called for a hiatus, while it considered the reports finding. Options on the table were to scrap HS2 altogether, redesign the network to include a mixture of high-speed and regular railway tracks, or press ahead with the original plan.

Boris Johnson said, “We will, in line with Mr Oakervee’s recommendations, be interrogating the current costs, to identify where savings can be made in Phase 1, without the costs and delays that would be associated with a detailed redesign, and so that the company can focus solely on getting Phases 1 and 2A built on something approaching time and budget.”

The Prime Minister admitted that the decision to continue with the original HS2 roll-out was “controversial and difficult”, but it has been met with general approval by the construction industry.

Bill McElroy, head of industry strategy with the UK-based project management specialist Turner & Townsend, said, “The decision to press ahead with HS2 is a positive outcome for the UK, both nationally and regionally, for the Midlands, North and the South.

“It demonstrates a cast-iron commitment from the government to its levelling up strategy, whilst delivering improvements to the UK’s overall economic productivity. It is now critical that HS2 provides a platform to deliver the connectivity revolution, called for by the UK2070 Commission, within and between those regions which will deliver so much social value.

McElroy added, “HS2 also presents an opportunity for the UK infrastructure industry to reinvent itself and shine at its brightest. This is a state-of-the-art infrastructure programme that will provide a means for high speed, low carbon travel and support the UK’s transition to a net-zero carbon economy.

“To deliver this the industry needs to organise itself and step up to the mark. Great project management is fundamental to its success, so too is improving productivity through technology and off-site manufacturing and finding ways to attract the very best talent.”

AJ Access to distribute Zoomlion platforms in the UK
The partnership will initially cover DC scissors, with the boom lift line following in
Latest News