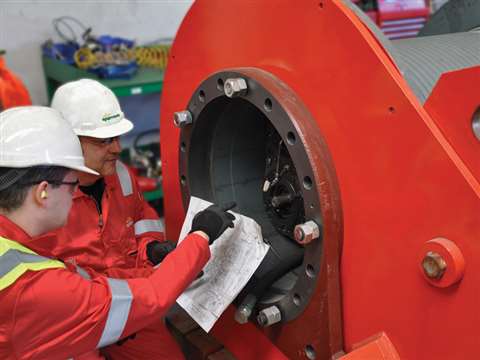 Sparrows Group, a global provider of specialist equipment and integrated engineering services to the energy and industrial industries, has secured a three-year contract to deliver fixed crane maintenance and lifting and rigging services for the INPEX-operated Ichthys liquefied natural gas (LNG) project in Australia.

Sparrows said the agreement is the latest in a series of significant business wins  and it will see the company’s teams in Perth and Darwin, Australia, support activities across the Ichthys onshore LNG facility at Bladin Point, the offshore central processing facility Ichthys Explorer, and the Ichthys Venturer FPSO.

Stewart Mitchell, chief executive officer of Sparrows, said: “We have experienced a very positive first quarter, securing a number of contracts for high-profile, large-scale projects in the onshore, offshore and renewables sectors around the globe.

“The Ichthys LNG Project incorporates some of the world’s biggest and most advanced offshore facilities off the Western Australian coast and massive onshore processing facilities in the Northern Territory. We are extremely proud to be awarded this work.”

Located approximately 220 kilometres offshore Western Australia, the Ichthys Field represents the largest discovery of hydrocarbon liquids in Australia in more than 40 years. The Ichthys LNG Project is currently in construction and is ranked among the most significant oil and gas projects in the world.

Sparrows announced last month that it had secured a five-year deal with Maersk Oil UK for the supply of hydraulic, lifting and rigging services. Since the start of the year the Group has also won the contract to provide services for ScottishPower Renewables’s East Anglia ONE offshore wind farm, announced a three-year deal to provide crane management services at the Kraken field, East of Sheltand; and renewed a mechanical handling and crane management pact with BP for an initial five years.

The value of the Ichthys contract, which is for three years plus two one-year options, was not disclosed.