Swiss crane company Interkran has bought a Demag AC 100-4L all terrain crane manufactured by Terex Cranes. It will be primarily used to erect tower cranes and as a taxi crane.

The crane has a compact design and is 2.55 metres wide and a system length of 77 m. The crane was collected by person by Tony Teixeira, Interkran general manager, and crane operators Reis Joaquim and Sandro Guiomar.

“Thanks to the AC 100-4L’s large lifting capacity and IC-1 Plus control system, we’ll even be able to forego the use of a second crane for certain lifts,” said Tony Teixeira. 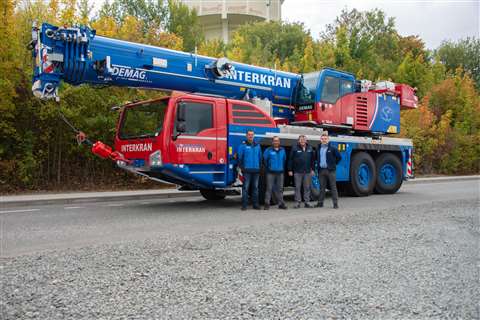