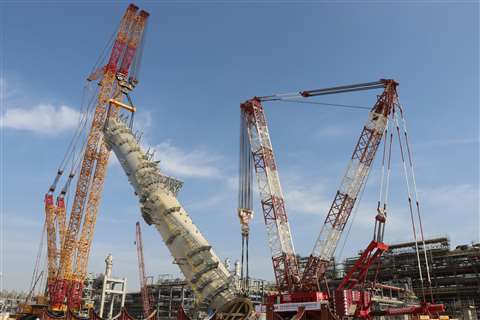 The tower measured 101.1 metres high and 8.6 metres in diameter. The XGC88000 crawler lifted the tower with its main boom at 102 metres and its auxiliary boom at 27 metres. A 1,250 tonne capacity crane was used for tailing duties. 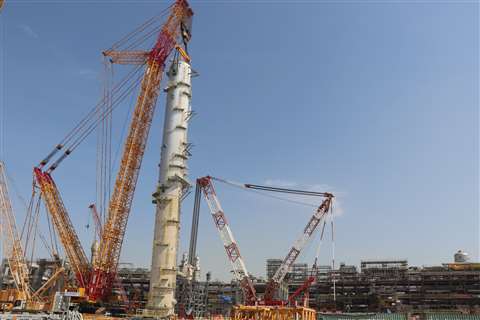 According to XCMG, it took 30 days for the crane to be transported via boat from China to Saudi Arabia. On arrival XCMG provided a team of technicians and service engineers who worked with staff from Chinese oil and gas enterprise Sinopec (China Petroleum & Chemical Corporation), which commissioned XCMG for the project, to assemble the crane and conduct tests. 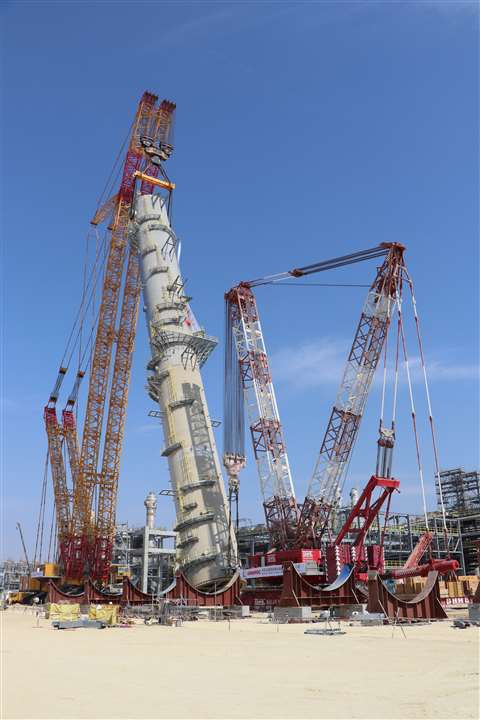 XCMG said the sand and high temperatures encountered in the desert did not pose any problems for the crane. The heavy lift was carried out over a time frame of around five hours.

The lift took around five hours to complete