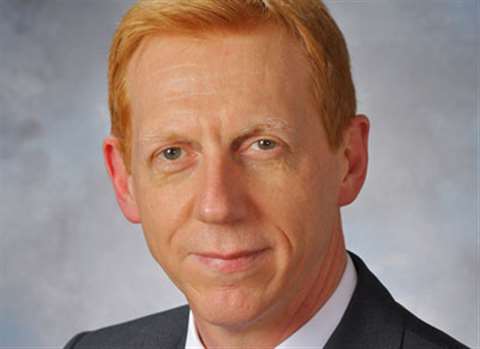 Last month saw Mario Gasparri take over from Jim McCullough as the president of CNH Construction Equipment, following Mr McCullough's retirement. Mr Gasparri has a long history with CNH and its parent company, Fiat, which most recently saw him serve as general manager of CNH International, with responsibility for both agricultural and construction equipment sales in all territories outside Europe, North America and Latin America.

With such a wide view of the markets, iC asked Mr Gasparri how he saw conditions as he took overall global responsibility for construction equipment sales for both the Case and New Holland brands.

"It's certainly quite a challenge coming into the business after the difficult time the construction equipment industry has seen," he said. "In 2008, 2009 and 2010, the market was quite depressed, and the only area doing well was China. But 2011 was a good year for the recovery. Most of the markets in the world picked-up quite significantly.

"Europe was the slowest in terms of the speed of the recovery, and today we don't see much of a recovery going on, apart from some parts of Northern Europe. If you look at Southern Europe, markets are still very depressed and still declining if you look at Spain, Italy, Greece and Portugal and so on.

"We are focusing more and more in the rest of the world, where we need to expand."

With a recent history focussed on 'rest of the world' markets, it is perhaps not surprising that Mr Gasparri had views on what CNH needs to do to grow its business in these territories. A series of developments over the last year or two have laid the foundations for this, such as the decision to a year ago to buy-out Indian joint venture partner Larsen & Toubro (L&T).

The joint venture had previously manufactured backhoe loaders and compactors at a 28000 m2 factory in Pithampur, Madhya Pradesh, with distribution through a network of 56 dealers.

"We have quite a big focus now on India after we took full control of our joint venture there. That's an area where we are working to ensure a proper integration of this new operation into our global system.

"First of all we have to bring all the systems up to the standards we have in the rest of the world. In 2010 we stared introducing new, world-class manufacturing methodologies, and this is something that has to be done in the Indian plant. CNH has a much longer presence in the agricultural business in India, and that is already working to these standards.

"The other area we need to bring up to speed is the network. We need to refresh the image of the brand and move away from the L&T brand. Now we need to build and reinforce the Case brand.

"We have also neglected product development a little in the past, so we are now working on new products for a future launch. But not only working on the product lines we've had in the past - mainly backhoe loaders and compactors - but looking at extending the product offering. We are also focussing on the financial services, in co-operation with our agricultural business, to make sure we have a proper system to support retail and dealer financing."

In Russia meanwhile, CNH is at a much earlier stage. In October 2010 the company signed a joint venture agreement with Russian truck manufacturer Kamaz to build a US$ 70 million 50000 m2 factory in Naberezhnye Chelny, which is about 500 km east of Moscow. The initial plan is to build agricultural equipment at the plant, but the agreement also made mention of backhoe loaders as a possible addition.

"Our joint venture in Russia is more focussed on the agricultural business," confirmed Mr Gasparri. "It is not easy to operate in Russia, and we have focussed on building the factory and installing the tooling and so on. It is not advisable to put in too much complexity all in one go. It was the logical choice to start with agricultural equipment, but now we are more familiar with the environment we will start to add new products.

In China CNH has a longer presence through the Case brand, but it has operated solely as an import business, bringing in machines built in its various plants around the world, along with excavators, sourced from its partner, Japan's Sumitomo. Separately, CNH has an excavator partnership with Kobelco, which is the source of the excavators it sells in Europe under the New Holland badge.

"We have quite a unique situation in China, because we have been focussing at the premium customers. We have sourced our excavators from Japan, which has given us the image of premium, top of the line products. We are now looking with our partners to see if we need to look at more local sourcing and to enlarge our customer base a little bit.

"China is an area where we will continue to invest although
it is not going through a very bright time at the moment. It
has been declining since about May last year, and we don't
expect a recovery until the second half of this year. The government is taking several measure s to reduce inflation, and that is impacting on the availability of credit and the construction industry, where a lot of projects have been put on hold," said
Mr Gasparri.

It is a different story entirely in Latin America, where CNH and its parent company Fiat, has been building construction equipment at a factory in Contagem, Minas Gerais since 1970. This March saw it announce plans for a new 700000 m2 factory on a 2 km2 site, also in Minas Gerais. With a value of US$ 350 million, iC believes this could be the largest single investment made in a construction equipment factory in Latin America's history.

Explaining the rationale behind this huge investment, Mr Gasparri said, "Brazil is a market where we are leaders with the two brands. It is a market where we've been present as for a long time - more than 40 years. We were manufacturing at one site, and today with the growth of the market, we started to become quite congested in the single plant, because we are assembling a wide variety of machines. For capacity reasons, and to reduce the complexity, and considering also the potential of the market, we decided to invest in the same state, but in a different location.

"We will build the new plant and then better differentiate the mission of the two plants, with different products, and in a more lean way. That will also allow us to implement those world-class manufacturing methodologies, which is difficult to do if you are too congested.

"We are looking at the possibility of widening the product range - maybe the range of excavators or wheeled loaders."

For all of its expansion in developing markets, last September saw CNH make the interesting announcement that it was narrowing the range of machines sold under the New Holland brand in North America. Dozers, graders larger wheeled loaders and excavators above 6 tonnes are being withdrawn to leave New Holland focussed on compact machines.

The question then is 'Why?', and whether this is a move that will be replicated elsewhere in the world.

"This was a decision for America, because of the way the business has grown up," said Mr Gasparri. "Case is typically American and it is a strong brand. Over the years it has expended its range and it is known as a full-range brand. New Holland was more concentrated on the light equipment, from the heritage of the skid steer loader and backhoe loader. It was also associated with the more rural areas of the country. So it was a natural transition to better differentiate the two brands."

"But if you look at Latin America for example, both brands are recognised as a full-liner. If you look at their market share, they're pretty much equal, and it's a similar situation in Europe and other regions. So I don't see any reason to repeat the move we've made in North America."

And according to Mr Gasparri, these changes for CNH are being made at a time when the markets are coming back to reasonable health. "When we finished 2011, our feeling was the global construction equipment business was growing between +15% and +20%, of course with some areas brighter than ever. The first quarter has been pretty positive for us, and in some areas the growth was even better than expected. So I expect a good year for CNH globally, and particularly for construction," he concluded.