Interview: SaMoTer, welcome back to Verona

Giovanni Mantovani, CEO and director general of Veronafiere, describes the revival of the Italian market and the country’s largest international construction exhibition, SaMoTer

For potential visitors and exhibitors, why would you say this is a good year to attend SaMoTer? 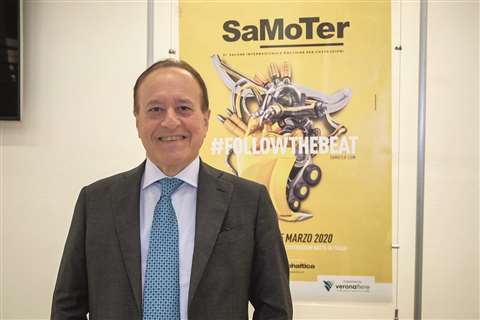 SaMoTer is the only event in Italy that embraces the entire construction machinery value chain and in 2020 it will also be a landmark event in Europe for the whole sector: SaMoTer alternates with Intermat and Bauma within the scope of the CECE partner international trade fair cycle.

In 2014, SaMoTer was affected by the crisis in the global economy and this sector, which hit the Italian market very heavily; nevertheless, VeronaFiere decided to make its own contribution to support the re-launch of one of the strategic sectors for the Italian economy and employment. Inasmuch, thanks not the least to the market recovery, SaMoTer has rewritten its future in synergy with companies, associations and institutions in the sector and resumed its role by providing new impetus in the Italian sector which, despite the delicate global economic situation, is still a driving force behind the development of the industrial system as a whole. 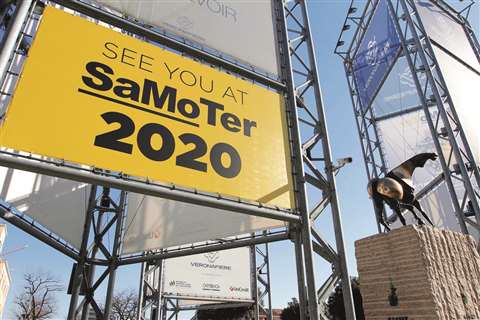 The focus themes for SaMoTer 2020 will be technology, innovation and efficiency

The 2017 edition attracted 455 exhibiting companies from 25 countries and more than 53,000 operators from 77 nations. It was a success for the organisers and companies taking part alike: the atmosphere was one of optimism and confidence and feedback concerning contacts generated during the trade fair were very positive. In particular, 81% of exhibitors considered the return on investment to be positive, 94% were satisfied with the contacts generated during the show and 84% defined SaMoTer as “an important event for their business”.

For the event in 2020, Veronafiere is working to strengthen the drive for internationalisation and select high-profile international buyers in all the sectors represented.

At the same time, efforts are being made to develop a permanent community in the construction machinery sector that will be active even during the years when the exhibition as such is not scheduled. It will propose events and collateral initiatives, technical round tables and roadshows, as well as SaMoTer Days, surveys of the machinery pool and the SaMoTer Outlook.

You have moved the event from February to March. Why is that?

Manufacturers have advocated moving the event to a date in spring for a long time, considering it to be a more suitable period. It was by no means easy to change the dates, since Veronafiere at the time already had numerous events on its calendar and because there was a risk of overlapping with other initiatives in the sector, but we decided to meet their request. Unquestionably, the

move to March will allow greater exploitation of outdoor and demo areas, as well as being an opportunity to promote Verona and surrounding areas, including Lake Garda, for possible dinners and evening events involving exhibitors and customers. 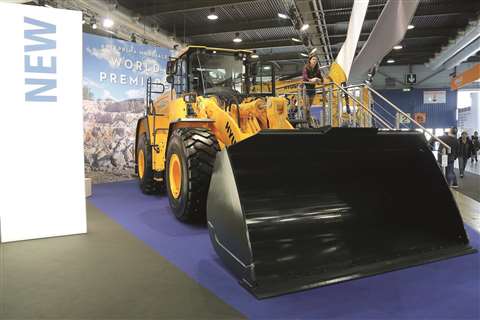 Companies and visitors will also be the first to benefit from a series of redevelopment projects upgrading the facilities of our exhibition centre, as envisaged by our Industrial Plan through to 2022, that involves €105 million of investments to turn it into one of most attractive and usable venues in Europe.

I refer to the Re Teodorico entrance, completely redesigned and with futuristic roofing, and the new Gate E, with five lanes dedicated to logistics for set-up and dismantling operations.

SaMoTer will also be our first exhibition to benefit from the change in axis of the exhibition centre’s show area, from the traditional east-west layout to north-south. The aim is to enhance accessibility and integration between infrastructures and services.

The market in Italy is now in recovery. Has this impacted on your preparations?

Market recovery is undoubtedly a key factor for the success of SaMoTer, since it helps generate trust between companies and general optimism. The initiatives implemented by Veronafiere also helped a great deal to enhance the event; important investments have been made to expand the show and provide effective support to the needs of companies.

Examples are SaMoTer Outlook – quarterly surveys by the Prometeia-SaMoTer Observatory into market trends – as well as the quarterly construction sector report and the annual global report focusing on earthmoving machinery. These are marketing intelligence tools that VeronaFiere makes available to companies to support business, which have also ensured greater media coverage on a national and international scale.

In the past, SaMoTer has been viewed more as an Italian than an international event. do you agree?

SaMoTer was held for the first time in 1964 and over the years has become one of the landmark events for the construction machinery sector. The 2008 show was a record-setting edition; it hosted more than 1000 exhibiting companies (30.7% international from 36 countries) and 107,000 visitors. These figures confirmed the international vocation of the event. Subsequently, the crisis saw attendance contract but new turnaround was seen as early as 2017, thanks not the least to Veronafiere’s ceaseless efforts. 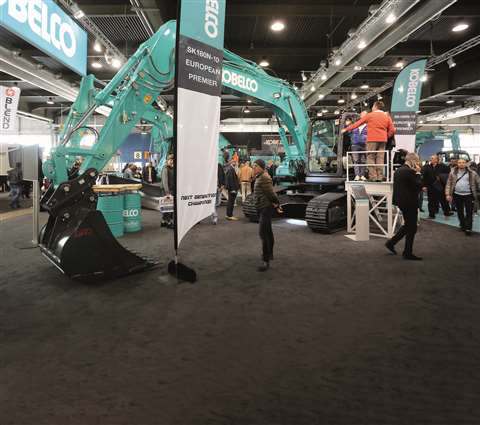 B2Press will be launched 23-24 January 2020 as an occasion for meetings between companies and the Italian and international specialist press. This occasion will also be the opportunity to hold the Innovation Award ceremony, which dates back to 1973. The objective is to select and promote a qualified international showcase of technical and technological developments in the international construction sector and thereby reward the results of innovative investments by providing operators in this area the chance to find out more and keep up to date with technical-construction developments involving construction site equipment. The Innovation Award was traditionally staged during Samoter itself; this kind of preview with domestic and international journalists will allow exhibitors to present and promote their products in the best possible way, thereby capitalising on their involvement in the trade fair.

Furthermore, we are working for this edition of SaMoTer in collaboration with several Italian and European associations to welcome high-profile buyers to Verona, also by leveraging our own network of delegates.

The most recent innovation concerns the debut of ICCX Southern Europe. The main global event for the prefabricated concrete sector (in collaboration with ad-media GmbH) precisely chose SaMoTer for its itinerant initiative, thereby highlighting the central role of the event.

Could you give an idea of the range of companies and equipment  we can expect to see at this year’s event?

We are confident as regards trends for the event: just six months after launching the organisation of the show, we had already achieved a 39% increase in registrations and 66% for exhibition space. All the more, 2020 will be the year welcoming the return of major brands, such as Liebherr and Wacker Neuson, who last attended SaMoTer in 2011. We have already received confirmations from Bobcat, Doosan, Eurocomach, Hidromek, Hyundai, Komatsu, Sany, Takeuchi, Venieri and Yanmar.

What are the major trends visitors will notice at this year’s SaMoTer?

SaMoTer always identifies a focus topic; the focus in 2017 was on hydrogeological instability. In 2020, the main theme will be technology, innovation and efficiency.

Earthmoving, excavation, drilling, lifting, crushing, screening and demolition are all activities that can now be performed using sophisticated technologies: humans and machines are interconnected through digital interfaces; machines interact with other machines producing to generate stored in the Cloud, thereby allowing progressive automation of construction activities, development of efficiency and safe management of even the most hazardous tasks. The Industry 4.0 revolution is also having an impact on the world of construction machinery and SaMoTer is the preferential observatory for a better understanding of construction sites of the future. A construction site in which even electricity, as seen during Bauma, will play an increasingly important role. The programme of appointments and educational activities that has always been part of the exhibition will revolve around all these topics.

Moreover, even in 2017, the exhibition was chosen by manufacturers for several international previews; given entries for the “Technical innovation” section of the international competition, it is more than likely that this will again be the case this year.