World fleet data from IPAF's 2013 reports. The 2014 reports will have updated charts.

The latest results from the International Powered Access Federation’s (IPAF) 2014 Powered Access Rental Market Reports indicate that the US aerial work platform rental market is rebounding with stellar growth of around 10% in 2013, AI can exclusively reveal.

On the other hand the rental market research reveals that the European market remains stable, marked by stark differences across different countries.

Interviews conducted with rental companies in the US confirm forecasts made in last year’s report, even surpassing the growth rates predicted. Rental companies expect the market to follow similar growth trends in 2014 and 2015.

As predicted in the 2013 report, the US AWP rental fleet expanded strongly (5 to 10%) in 2013 and has now reached pre-recession levels. This rebound is flanked by two factors – a slight increase in new machine investment coupled with a reduction in fleet sell-offs. Similar fleet growth is expected in 2014.

While the US AWP fleet has returned to its pre-recession size, rental companies did not increase the share of their business in construction applications. Instead, companies kept up their rental operations in other sectors such as industrial, maintenance, utilities, leisure, events, etc. This shows that rental companies have become more cautious over the years and are keeping a good level of diversification to avoid potential business risks. Average utilisation rates increased slightly in 2013, as did rental rates.

“Signs are that the US AWP rental market is striking back and returning to its glory days, but the industry has learnt from the excesses of the past and is banking on cautious optimism and solid growth strategies,” says Tim Whiteman, IPAF CEO.

Some countries achieved positive growth: Germany, Norway, Sweden and the UK saw their rental revenue increase around 5%. The UK MEWP rental fleet appears to have reached its pre-recession levels. However, rental companies remained cautious and kept an unchanged split between construction and non-construction applications.

Other countries such as Denmark and France saw the MEWP rental market remain flat or decrease slightly.

In Denmark, neither the fleet nor the rental rates increased. In France, despite a slight increase in fleet size, overall rental revenue did not increase, due to a decrease in utilisation rate and rental rates.

Marking the contrasts across Europe, the MEWP rental market decreased in Finland, Italy and the Netherlands, and decreased strongly in Spain. Trying to counter this negative trend, rental companies de-fleeted and also kept reducing their rates. Only Finland, which experienced positive growth during the past years, kept expanding the rental fleet.

Overall, growth is expected in the European MEWP rental market in 2014, but the report predicts growth marked by contrasts among countries. Germany and the UK should lead the growth, while Italy and Spain bear hope for stabilisation in 2014.

The IPAF US and European Powered Access Rental Market Reports 2014 are being finalised. Both reports include forecasts for growth and fleet composition in the coming years, and an estimate of the size of the AWP rental fleet worldwide, with a breakdown by region and by machine type. The US report also covers Canada.

The studies were conducted by Ducker Research using the same approach to build on the reports from previous years. New for 2014 is an introduction into the AWP rental market in China. Get the full figures and purchase these publications at www.ipaf.org/reports 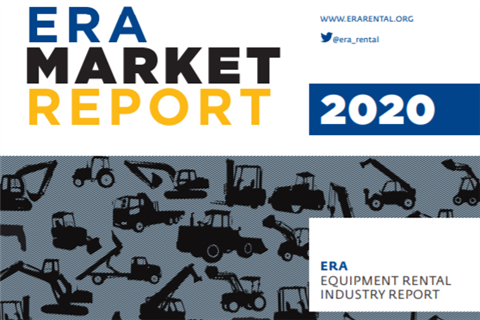