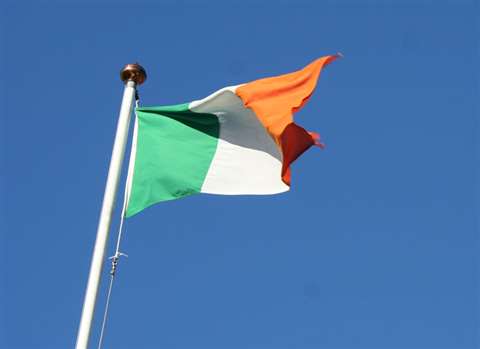 Continued growth in Irish construction activity was slower than originally forecast as a result of heavy snowfall at the start of March, but increases were seen nonetheless.

The Ulster Bank Construction Purchasing Managers’ Index (PMI) – a seasonally adjusted index designed to track changes in total construction activity – dropped to 57.5 in March from 59.2 in February as the snow led to slower expansion in activity, new orders and purchasing activity.

The PMI found, however, that the rate of job creation picked up and business sentiment remained elevated.

Snow disruption also caused problems with supplier deliveries, with lead times lengthening to the greatest extent since December 2005. This signalled a weaker rise in construction activity during the month, Ulster Bank said, with output continuing to increase at a sharp pace amid reports of greater new projects.

Simon Barry, chief economist for the Republic of Ireland at Ulster Bank, said, “Despite having to contend with adverse weather during the early part of the month in particular, Irish construction activity continued to expand at a very brisk pace in March.

“A number of the survey’s main metrics – including the headline activity and new orders indices – did register some slippage last month reflecting weather-related difficulties.”

He said, however, that at 57.5 in March, the headline PMI continued to point to robust growth.

“In fact, we would not have been surprised to have seen a larger weather impact, particularly given the sizeable impact on factory output reported in the March Manufacturing PMI survey. So we take the March survey results as further evidence of a construction sector which continues to register very strong underlying growth performance.”

He added that it was encouraging that the sector’s growth had again been broad-based. Led by particularly strong growth in housing activity, all three sub-sectors (housing, commercial and civil engineering) recorded expansion for the fourth month in a row.

Confidence levels among Irish construction firms clearly remained very buoyant, he said, as sentiment had changed little from February at levels that were among the highest on record.

“Over 63% of firms expect activity to increase in the coming 12 months,” said Barry, “underpinned by confidence about the prospects for both the wider Irish economy and the construction sector itself.” 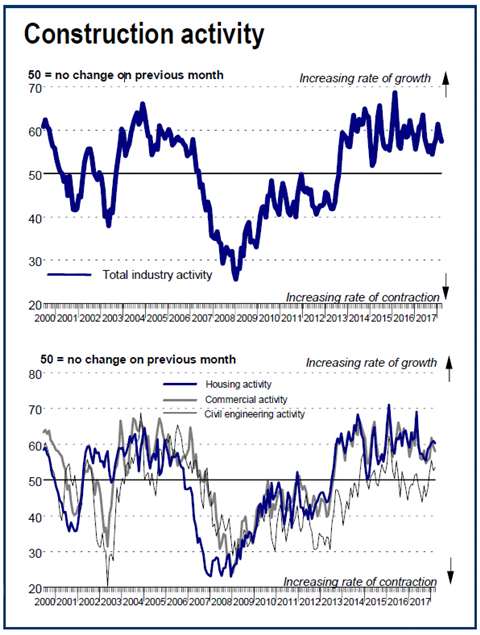 Further strong rises were seen in activity on both housing and commercial projects, although in each case the rate of growth eased. The only sub-sector to see a sharper increase in activity was civil engineering, but it still posted the weakest rise overall.

New orders increased at a sharp, but reduced, pace during March. Panellists were reportedly able to secure new tenders amid strong market conditions.

As well as affecting the growth of activity and new work, the extreme weather caused issues for the supply of items to Irish construction firms. The pace of growth in purchasing activity was at a seven-month low, but Ulster Bank said it remained marked as companies increased input buying in response to higher new orders.

Meanwhile, suppliers’ delivery times lengthened considerably during March, and to an extent not seen since the end of 2005. Delivery delays were mainly linked by panellists to disruption caused by Storm Emma.

Although the rate of input cost inflation eased to a four-month low, it remained sharp and faster than the series average, said the bank, adding that panellists reported higher costs for raw materials, including steel.

Ulster Bank said that construction companies were again strongly confident that activity would increase over the coming year. Sentiment was broadly unchanged from February’s eight-month high.

Improving business conditions in the construction sector itself and the wider Irish economy supported optimism in March, it said.