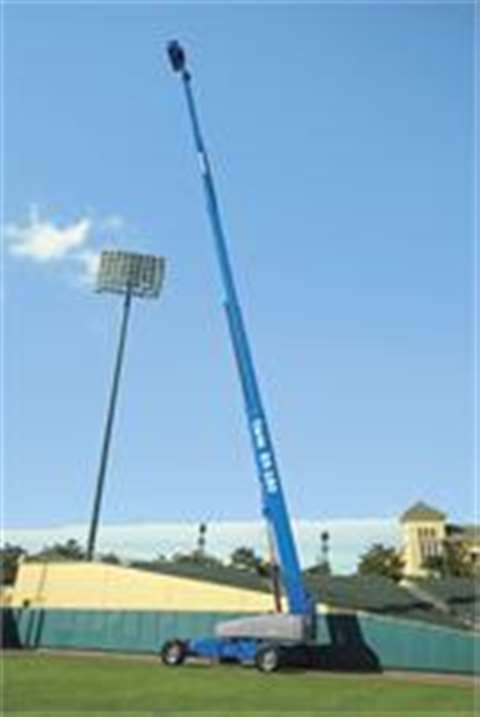 Kimberly Group is among the first buyers of Terex AWP’s new 180 ft Genie SX-180 ‘superboom’ - launched this week at Bauma – with the UK rental company confirming that it has ordered two of the machines.

Kimberly chairman Ray Ledger said the machines would be the first to enter the European market, with delivery likely this Autumn.

Mr Ledger said detailed discussions with Terex started in May 2012, and that the order followed other boom delivery contracts with Terex, including 12 Genie Z-135s and three ZX-135s; “It reaffirms Kimberly's strategy to continue to be a major specialist operator of big booms.”

The first 180 will be operated by Kimberly Access in England and the second will be based at Kimberly’s business in Scotland, 1st Access Rentals, based in Motherwell.