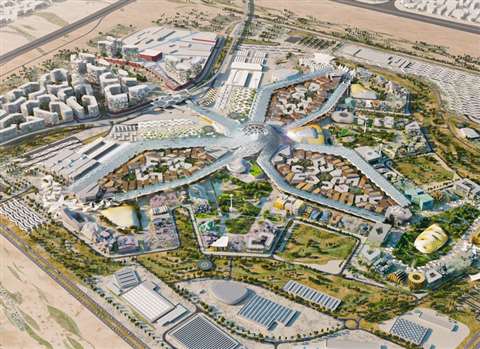 UK construction company Laing O’Rourke has been awarded the contract to build a new retail and hospitality complex in Dubai, UAE.

The project – developed as a joint venture between Emaar Properties and Dubai World Trade Centre – is part of the EXPO 2020 Dubai South masterplan.

The complex will include a 216,340 m² shopping mall with car parking and two hotels.

Construction will begin later this year and is expected to be completed in the second half of 2019.

Mark Andrews, managing director for Laing O’Rourke’s Middle East business, said, “It’s very exciting to be named preferred bidder for the new retail and hospitality development as it will be one of the main lifestyle hubs in the heart of one of the largest developments in the Middle East.

“The masterplan for Dubai South is impressive and we look forward to working alongside the client and all stakeholders to ensure this project is delivered to the highest quality.”

Dubai South, formerly known as Dubai World Central, was originally launched in 2006 and, once completed, it will be a 145 km² city with a population of one million.