It is with enormous regret that we announce the passing of Lars-Petter Godenhielm on Tuesday 8 February, aged 70. Mr Godenhielm, the owner of Dinolift and one of the great personalities of the European powered access business, finally lost his battle with a serious illness.

In a statement, Dinolift said; "Up to the end he was committed to regain his strength but he did not succeed. As a person Lars was kind, positive and brave. He was taking part in the activities at Dinolift until the end, although he stepped down from operational management in mid-January."

Mr Godenhielm was extremely well known, respected and liked in the access industry. He joined Bronto Skylift as managing director in the early 90s and then acquired Finnish trailer mounted platform specialist Kurpan Konepaja in 1997, changing its name to Dino Lift (and subsequently to Dinolift).

Dinolift said it was the purchase of Kurpan that started a journey "that he later described as the happiest period in his entire career, being an entrepreneur in an expanding business."

In the 13 years of his ownership Dinolift became one of the world leaders in trailer mounted aerial platforms, later branching out into atrium lifts. The company now exports to over 26 countries.

Although still taking a part in the business, just months ago Lars handed over the management of the business to the youngest of his daughters, Karin Nars. His older daughter, Eva, a doctor, is a member of Dinolift's board.

Mr Godenhielm invested time and energy not only in his own business but in the greater good of the access industry. He was the president of IPAF from 1999 to 2001 and was granted honorary life membership in July 2004.

Paul Adorian, a past managing director of IPAF who worked closely with Mr Godelnhielm, said he was greatly saddened to hear of his death; "I first met Lars-Petter in the days when he was managing director of Bronto, at a time when that company was making tremendous inroads in the sale of very high quality hydraulic platforms to the world's fire brigades.

"In 1994, when I was providing a consultancy service to our industry, I had the pleasure of undertaking a major evaluation of the worldwide trailer lift market for Lars-Petter and I was delighted when, not long after that, he announced that he had acquired a trailer manufacturing company which he named Dino Lift. Most people in the industry will be well aware of the success that company has enjoyed under his ownership in the intervening years.

"Lars-Petter was an enormously enthusiastic supporter of IPAF and probably had the best attendance record of any Council or Board Member of the Federation over his many years membership.

"He will be greatly missed by all who knew him and his enthusiasm for both his chosen industry and his leisure pastimes will be long remembered."

Access International magazine often had cause to thank Mr Godenhielm. He was always an interesting and perceptive guide to the industry - not least for incoming editors who were learning about the business. One of the pleasures of attending an exhibition was the anticipation of a meeting with Lars-Petter.

Many in the industry will know of his great love of cars and boats. This correspondent has vivid memories of a two hour drive in an American supercar, driven by Lars-Petter with considerable enthusiasm.

Dinolift said; "The personnel at Dinolift, long-term customers and cooperative partners respected Lars as a skilful businessman with a great sense of humour. Lars leaves behind his wife and two daughters and their families as well as many friends from all over the world. We will never forget him." 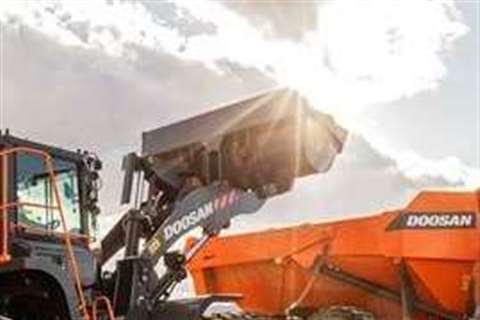