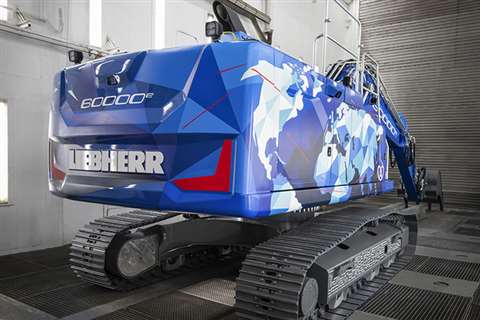 The machine, an R 922 excavator, is a model from Liebherr’s latest generation of crawlers with an operating weight of 22 tonnes.

The bodywork for this special edition was designed by graffiti artist Jean Linnhoff. Featuring a white cab, the excavator has a mixed blue colour scheme in order to represent France, the country it was made in.

To create the graphic designs, Linnhoff spent six days at the Colmar site in a separate room working under strictly secret conditions.

The side panels display a map of the world, which was said to represent the sales of these machines worldwide. 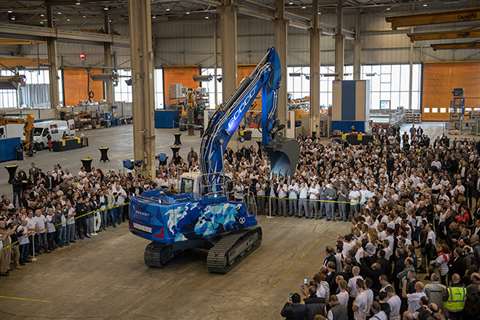 Also on the side of the excavator is the phrase “A coeur” meaning literally “To heart”, which is intended to signify the partnership between Liebherr-France and the Alsatian Tourism Agency.

As a final touch, the employees who contributed their expertise to the project have all written their names on the undercarriage of the excavator.

The excavator model that this special edition has been based on, is shipped globally – from the mines in South Africa and marble quarries in Italy, to California, Canada and Indonesia.

This 60,000th machine will be on show at Bauma (the world’s largest trade show) in Munich and will be exhibited thereafter by authorised Liebherr dealers in Belgium, France and Luxembourg.