Light at the end of the Chernobyl tunnel 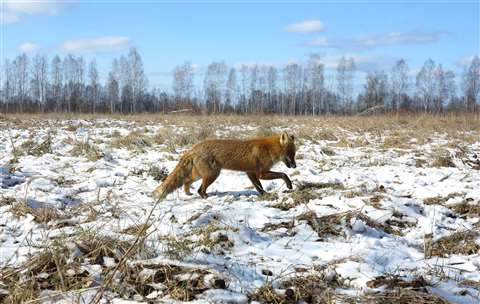 Wildlife has flourished in the area around Chernobyl

The construction of a renewable energy plant has been announced – on the site of the world’s worst ever nuclear reactor disaster, Chernobyl.

The announcement comes as the New Safe Confinement (NSC) arch is slid into place over the damaged Chernobyl reactor, which blew up to devastating effect in 1986.

As a multinational group of constructors, including Bouygues, Bechtel, Vinci and Mammoet, worked side by side to erect and position the NSC, a Chinese state-owned firm, Golden Concord Holdings (GCH), has stepped up to help the Ukrainian government bring some positive energy back to the damaged region.

China National Complete Engineering Corporation will reportedly oversee the build of the 1 GW photovoltaic power plant inside the 30 km zone which has, until now, been deemed unevenly radioactive, with GCL System Integration Technology (GCL-SI), a GCL subsidiary, providing consultancy and planning services, plus the photovoltaics.

In a statement in which he described the region as “perfect” for the plant, Ostap Semerak, Ukraine’s minister for the environment and natural resources, said, “Its cheap land and abundant sunlight constitute a solid foundation for the project.”

He added, “The remaining electric transmission facilities are ready for reuse.”