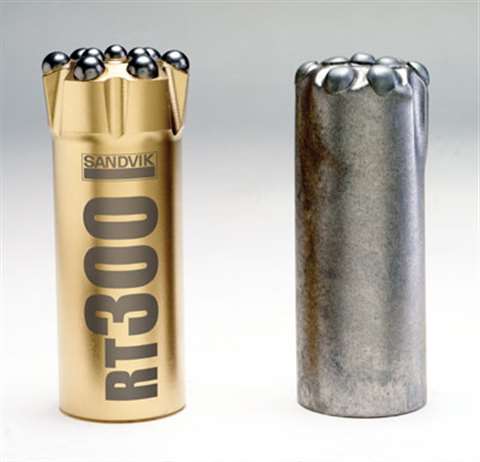 A new series of button bits from Sandvik deliver great value in almost all rock conditions, especially those in which button breakage is a problem, according to the company. The RT300-series of bits for drifting and tunnelling are optimum cemented carbide buttons for drilling a wide range of rocks, with increased toughness but without compromising its very high resistance to wear.

According to Sandvik, the RT300-series drill bits give more than twice the service life of the bits used previously, with stoppages down, productivity up and bit costs cut in half. Rig operators are happier too, says Sandvik market support engineer Robert Olsson, when drillers have productivity targets and bonuses in mind.