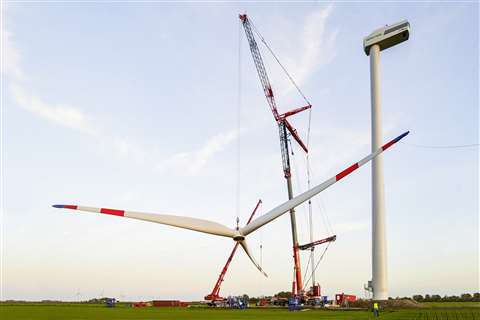 The crane is increasingly replacing the legendary Liebherr LG 1550 lattice boom mobile crane for such work which was (and sometimes still is) used to erect and dismantle turbines.