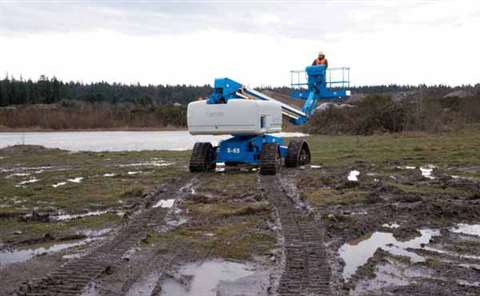 Genie is now offering its S-60 and S-65 booms with permanent, factory fitted four point tracks, using tracks supplied by Loegering (which is now part of the Terex family following its acquisition of L

He is certainly less worried about the US market than some, notably rental consultant Dan Kaplan who is forecasting a 20-25% fall in spending this year by the top ten US rental companies. “In October I was very concerned”, says Mr Ford, “in December I was concerned; and in February I'm cautiously optimistic.”

He says it's a reasonable bet that the bigger US rental companies will phase their spending this year rather than place single, large orders, and he is expecting something of a lull in the US during March and April as renters take stock of market conditions; “But we'll see. I'm feeling reasonably optimistic.”

The European market, however, remains very strong – even if he is expecting a lower growth rate than 2007 – and the Middle East and Asia also remains good areas for aerials.

This international buoyancy is what lies at the heart of Genie's plan to globalise its manufacturing, as Mr Ford explains; “We have internally set a goal that by the end of 2010, 50% of volume in Europe will be made in Europe, and a third in Asia for Asia”.

The location of Genie's third production facility in Europe (with Italy and the UK already up and running) is still to be decided, although somewhere in eastern Europe would be a “logical conclusion”. That facility – wherever it is – could be producing rough terrain scissors by the end of 2009 or early 2010.

In Asia, meanwhile, China is the most likely production location because there is a supply chain available and because the cost of labour is attractive. Mr Ford emphasises that low labour costs are “not the reason we're doing it. This isn't about relocating current manufacturing to low cost areas.”

That facility could be up and running by 2010, or sooner. “Ultimately, we'll make all the products, but probably start small”, says Mr Ford, “I would rather not start with booms – that would be a fool's game.”

Globalisation of production is an important aspect of Genie's growth plan, but the aftermarket is also receiving attention. The company has recently announced the launch of a new on-line parts ordering system that will make it easier for customers to identify and order parts via the web. It has confirmed that it is following JLG – and many other manufacturers – down the SmartEquip route: SmartEquip is the software system that creates a web-link between equipment owners and manufacturers, mainly for parts ordering.

“It's very important”, says Mr Ford of the aftermarket initiatives, “Ron DeFeo [Terex chairman and CEO] has tasked all Terex companies to become the most responsive companies in their industries.”

The recent acquisition of Phoenix Equipment Co, a US aerials repair and refurbishment specialist, is also part of this increased focus on the aftermarket; “You should expect other announcements over the year on ways to deliver other aftermarket support”, says Mr Ford.

Relevant here is the telematics solution – allowing owners to remotely monitor their machines – now being launched by JLG Industries. “Give them credit, it's a nice use of technology”, he says.

He won't be drawn on what Genie has on its drawing board, but is clear about its potential value; “the idea of helping customers better manage their asset base is really what the telematics is for.” A by-product of this technology is that it can potentially give manufacturers better links to their products (and easy access to demand for parts and servicing) throughout their working lives.

The Phoenix operation, meanwhile, will focus mainly on Genie equipment, but “as time goes on we could look at other Terex products, and possibly other categories of equipment.” In the short term the facility will be processing hundreds rather than thousands of units each year.

Mr Ford says Genie will also expand its repair and refurbishment operations in Europe, where it has already undertaken some refurbishment work for clients including Lavendon. Any expansion will probably be done in-house, and in part using expertise exported from the Phoenix operation.

The Terex Aerial Work Platform division has become a major part of Terex Corp's growing business, representing last year around 25% of sales and around half of operating profits for the entire $9.1 billion revenue group.

This importance was re-emphasised at the ConExpo show in March where Ron DeFeo, Terex's chairman and CEO, identified Genie, alongside Powerscreen and Terex itself, as the three key group brands; “Long term, Genie is being built, Terex is being built and Powerscreen is being built”, said Mr DeFeo.

In fact, Terex is likely to further leverage the AWP division's knowledge of the rental market worldwide by selling further Terex products through its channels; “There is an opportunity to sell more Terex equipment in North America”, says Mr Ford, “We should be able to sell a backhoe. Why not?” A prime example of this is the ASV tracked loader business recently acquired by Terex. Although not yet a 'global' product, tracked loaders are ideal rental products and Mr Ford says the AWP division will investigate selling opportunities.

With its growth and growing importance with Terex, will Genie remain 'in touch' with its customers? Will Genie customers get his personal attention on individual deals? “I started as a sales guy,” he says, “As leader, you have to be involved in the deals. Customers expect involvement from the top.” 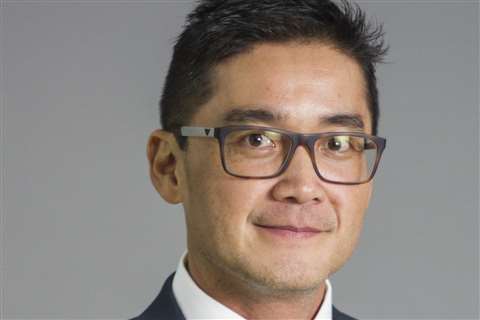 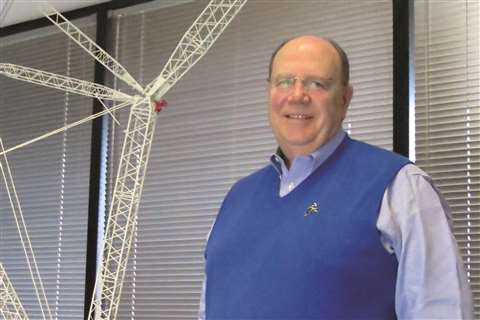 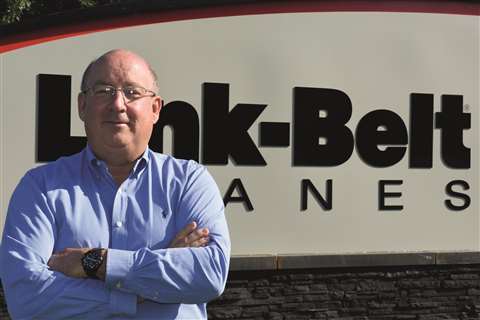