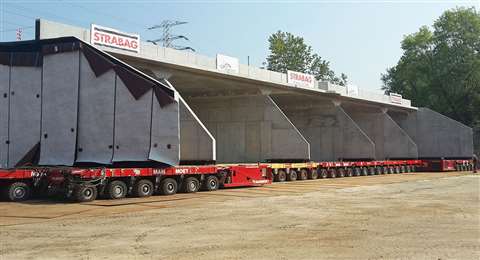 International heavy lift and transport company Mammoet has completed the installation of the second section for the TK tunnel in Warsaw, Poland with Austria-based construction company Strabag and local subsidiaries.

Following a method that mimics a rapid bridge replacement, the team only moved the old tunnel when the new tunnel was constructed.

The application of this approach, a first in Poland, allowed the tunnel section to be installed with only 18 days of disruption to train services, with the transportation of the tunnel section in only two hours. The company said that this method saved travellers in Warsaw months of delays.

Installation of the second tunnel section marks the end of this project, having installed the first in June 2016.