Heavy lift and transportation specialist Mammoet has announced the successful completion of the installation of four 7MW wind turbines at the Nissum Bredning near-shore wind farm in Denmark.

Mammoet said Nissum Bredning was located in shallow water that could not be accessed by traditional methods. Specialist installation vessels that are usually used for this type of work operate in water up to 30 meters deep; however, in the Bay of Thyborøn, where Nissum Bredning is located, the water is it just three metres deep in some places, said Mammoet.

The company said following a conventional approach would have involved dredging – which would have taken time and money. Instead, Mammoet used a barge with an integrated ballasting system which allowed it to be lowered and grounded onto the seabed. This, it claimed, provided the necessary stability for the operation while eliminating the need for dredging. Mammoet said the solution effectively resembled an onshore installation and meant the lift could now be performed with an LR11350 crane – a land-based crane which, among others, is used for onshore wind power projects. 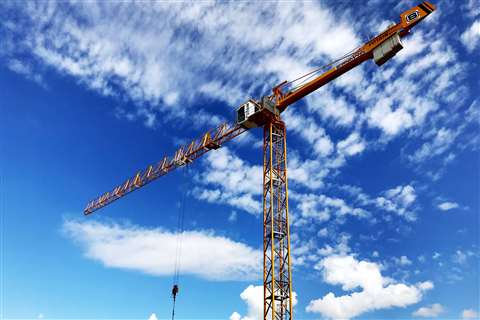