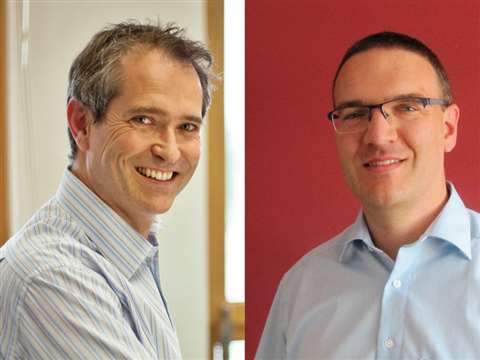 Cristof F. Seidenather, 72, who took over from his father 30 years ago, is now handing over to a new team comprising his son Tim Seidenather, 48, and Dipl. Wirtschafts-Ing. Matthias Kunkel, 36.

Tim Seidenather joined the company in 1997 and has been a member of the management since 2002, responsible for production and quality assurance.

Matthias Kunkel has been with the company since 2008, in charge of purchasing and logistics, and joined the management in 2016.

Cristof Seidenather joined the company founded by his father Karl on 1 April 1966 and took over as managing director in September 1987. The company said that under his direction, Lebus has secured a stable market position not only in Germany, but across mainland Europe, Asia and South America. Cristof Seidenather will continue to serve the company as a partner and customer liaison consultant.

Charles Lebus, director of the US parent company, Lebus International Engineers Inc., said: “Cris has taken the company created by his father Karl, together with my own father Frank, and built it up into a success story.”

Cris Seidenather was responsible for the relocation of Lebus Germany from Gilching near Munich to Finning in 2002, which has enabled a continuous expansion of production facilities ever since, Lebus Germany said. Since 2014 Lebus Germany says it has invested € 4.5 million in the construction of two new halls with state-of-the-art production technology, laying the foundation for further growth.