Manitou Group has made official its partnership with eco-friendly sea transport company Neoline for its deliveries to North America.

The new contract between the companies formalises a collaberation that started in 2017 and involves the transport of all Manitou’s aerial platforms and telehandlers from its home country of France to the North American market, primarily using sail ships. 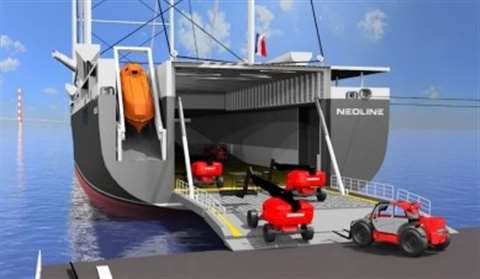 The products will be loaded at the Saint-Nazaire Port in Loire-Atlantique for shipping to the east coast of the US via the Port of Baltimore in Maryland. Augustin Merle, director of logistics and projects at Manitou Group, said, “We are proud to sign this contract with Neoline today. By engaging with a local partner, we are not only strengthening our regional position, but we are also going to reduce our transport carbon footprint, while guaranteeing reliability of service for our customers in the United States and Canada.”

Neoline specialises in maritime roll on/roll off (ro-ro) cargo ships and by signing this contract, Manitou aims to accelerate ecological transport of exports to the US using the company’s innovative wind power solution. 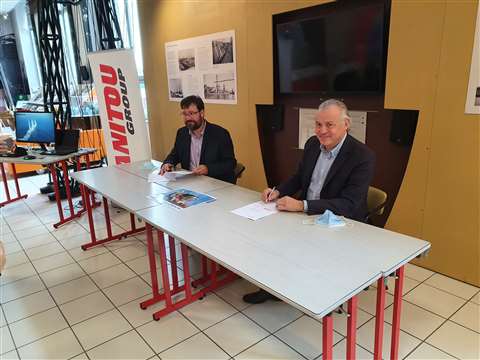 With more than 1,000 machines exported to the US each year, Manitou Group will have a load capacity of up to 40 machines per trip on board the Neoline sail ship. The wind-powered vessels make it possible to reduce CO2 emissions by up to 90%, compared with a traditional cargo ship, making an equivalent trip.

According to Neoline the construction of the first such ship, which will be 136m long and have a sail surface of 4,200 square metres, will begin in the coming months. It will be commissioned on a new transatlantic route between St-Nazaire, Baltimore, Halifax, and St-Pierre & Miquelon. A second ship with equivalent specifications will follow as soon as possible to achieve a rate of departure of every two weeks.

Jean Zanuttini, president of Neoline Development, added, “By signing this contract, Manitou Group is demonstrating its resolute commitment to the energy transition of its supply chain and thereby gains access to a new generation of maritime transport designed to reduce environmental impact as much as possible while fully meeting its logistics needs.

”Manitou Group, which is a global leader in handling, thus sends a strong signal and demonstrates that the Neoline tool meets a real need for French industrial companies with a resolute commitment to the sustainable development of their business. We are technically and commercially ready to quickly and drastically reduce transatlantic supply chain emissions.”