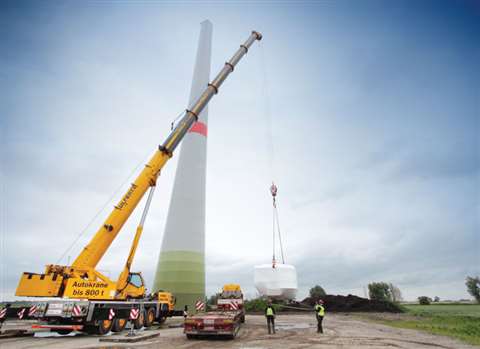 Revenue at crane manufacturer Manitowoc was up 14.18 per cent to US$399.4 million from $349.8 million in the same period a year earlier.

Commenting on the positive news, Barry Pennypacker, Manitowoc Company president and chief executive officer, said, “Our third-quarter came in largely as expected, reflecting some signs of positive momentum in certain end markets such as the US energy and commercial construction markets. Orders in the quarter continued to be led by the strength of our customers’ demand for our new products. The structural cost reductions we have made over the last eighteen months, coupled with higher year-over-year sales volumes resulted in significant profitability gains over the comparable period.”

Pennypacker continued, “I am encouraged by the progress we continue to make in streamlining our organisational structure, providing us the necessary momentum to achieve our long-term stated goal of double-digit operating margins by 2020. Our strategy to evolve into the world’s leading crane company remains on track, as we continue to institutionalise the principles of The Manitowoc Way.”

Looking ahead, Manitowoc forecasts for the full year 2017 that revenue will be down by around 5 to 7 %. Adjusted EBITDA (earnings before interest, taxes and amortisation) will be approximately $59 to $69 million, the company said.