Spain's Matilsa has launched two new aerial platforms: a 7.3 m trailer mounted platform modelled on the old ‘Hop-Up' machine, and an 18 m articulated boom that fits between the company's 16 m and 21 m models.

Amancio Lebrero, sales and marketing director and a co-owner of the manufacturer, told AI that the company knew about the UK-built Hop-Up machine because it had several in its own Zaragoza rental business; "we could see that there are a good proportion of people using platforms for low height work."

The Parma 7 has a 7.3 m maximum working height and is mounted on a lightweight trailer. The unit is just 0.8 m wide and weighs 450 kg, making it easy to tow throughout Europe. Mr Lebrero said that the light weight is particularly important for towing in Spain and Portugal where it is not common to tow trailers weighing more than 1200 kg.

The first version of the Parma 7n comes with manual outriggers, but electro-hydraulic outriggers will be available soon.

The new Parma 18D, meanwhile, extends Matilsa's self-propelled articulated range and fills a gap between the company's 16 m and 21 m models. Like the 16 and 21 m units, the 18D can be supplied with or without outriggers - customers usually want outriggers included - and the unit comes with a fly jib with 180 degree rotation. The 18D weighs around 8.5 t and its transport length is 6.4 m (the basket can be tucked under the boom).

Mr Lebrero said market conditions remained pretty poor, particularly in Spain where he estimates that it will take another three years before Spanish rental companies start to reinvest in machines. However, he said Matilsa had started to target export markets eight years ago and was now winning enough orders in Europe to "give us the air to breathe".

He told Access International that the company had adjusted to current levels of demand and that its future was not in doubt. He said the new factory, opened just before the crisis, was built on land owned by the Lebrero family and that there had been no heavy investment in its Zaragoza rental operation before the downturn.

Matilsa will exhibit at the Smopyc show in Zaragoza next April and also the APEX exhibition in September. "For us, APEX is very important. More important for us even than Bauma", said Mr Lebrero, "People who are at APEX are in the aerials business." 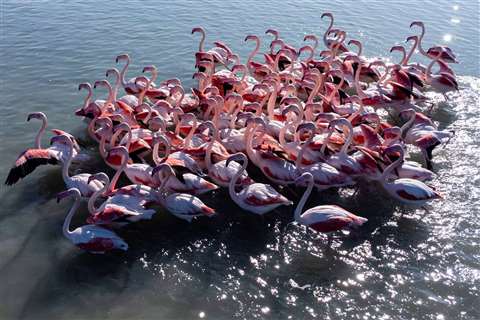