The UK’s Institute for Apprenticeships and Technical Education (IfATE) has granted approval for the development of a new Level 2 Trailblazer Apprenticeship for Construction Equipment Mechanics scheme. 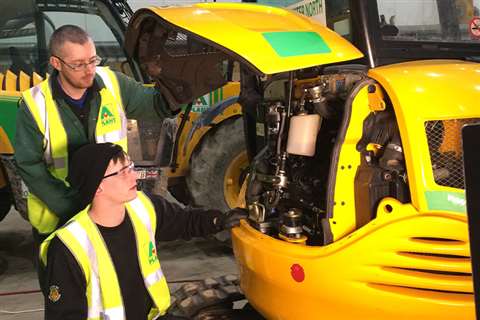 The scheme was developed by the employer-led Trailblazer working group, which was supported by the Construction Plant-hire Association (CPA).

The new programme will replace the current Plant Mechanic Framework Apprenticeship which is being phased out in 2020.

The Trailblazer group had previously submitted a bid for the new specific Trailblazer programme over three years ago, but it was perceived to overlap with a land-based Service Engineer Trailblazer Apprenticeship and was turned down by IfATE.

The joint Chairs of the employer-led Trailblazer working group, Ed Hudson from Liebherr GB and Rob Allen from Clee Hill Plant, said, “We are delighted that after having our bids continually rejected over the last three years, that our latest bid for a Level 2 apprenticeship has been finally approved by the institute, who have now recognised the uniqueness of our Construction Equipment Mechanic occupation in comparison to other Trailblazers designed for the rural, heavy goods vehicle, public service vehicle and lift truck sectors.”

In order to further support its most recent bid for the training scheme, the group developed and submitted the standard knowledge, skills and behaviours (KSBs) required for the occupation ahead of schedule.

This was also approved by IfATE and CPA said that the working group’s final activity is to devise the assessment plan, which details how the KSB’s will be assessed.

Global project round-up: 10 of the latest announcements
Global construction activity remains healthy, as can be seen by this project roundup
Loading...
Previous Next ×