The Deutscher Abbruchverband (German Demolition Association) will host its 25th demolition conference at a new venue in the country’s capital – Station Berlin, a former mail railway station – in February. 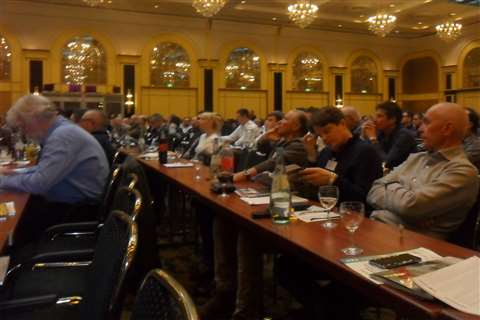 Next year will be the 25th German demoliton conference

More than 900 participants from 15 countries and 115 exhibitors attended the 2018 event and the organiser has ambitious plans for 2019.

The Christian Democratic Union politician, Wolfgang Bosbach, will give the keynote paper at the start of a programme featuring 20 high-level speakers, who will give a mix of presentations covering best practice on jobsites and meeting legal requirements.

Once again simultaneous translations of the speeches will be offered in English and French for international visitors.

The association said that more than 60 exhibitors with over 550 sq m (5,920 sq ft) of exhibition space have already been registered for the exhibition with a wide range of products.

One innovation for 2019 is that for the first time the Dialogue Evening will be in the same place as the conference.