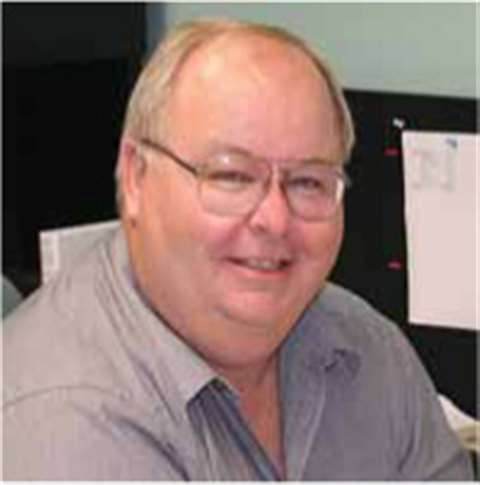 Known largely for its roots in dirt engaging equipment, Mustang is moving to establish itself as a prime telehandler supplier.

“The telehandler is the first machine on the job site and the last to leave” is a phrase ALH has heard more than once. Several manufacturers and rental yards have uttered the same words and it seems to be sticking as the machine's unofficial mantra. However, Randy Vargason, general manager at Mustang, slightly disagrees.

“I would say the skid loaders today still may be the first on and last off,” says Vargason, who admits while traveling on sales calls to frequently pulling over at job sites to ask contractors about the equipment they are using and to get a pulse of how they feel. “But I think the telehandler is an efficient machine that used to be the machine to come to the job site for a period of time and then be gone. Now, it's a piece of equipment that stays on the job site as contractors look at different ways to use it.”

For a company whose roots trace back to the 1860s and are known globally for its skid steer loader line, Mustang has not even been in the telehandler market a decade. Its first telescopic handler machine was released in 1999 and has since released a full range of smaller, mid and larger ranged telehandlers. Vargason has no illusions of being the top dog in market share; almost opposite, sharing that he sees the company as one of the players that enjoys its success building its client base, steady but surely, and selling to smaller, independent dealers.

The latest machine the company introduced was at last year's World of Concrete and the Rental Show with its model 519, a 5,000 pound machine with a 19 foot reach.

“The machine has been just a big success for us. It has really taken off well. We've seen a lot of rental applications on that, especially for smaller contractors and homebuilders not doing work with big two and three storey construction, but a guy that's on smaller construction site. A 5,000 pound lift is enough to do the job,” he says, adding that the company sees the machine being used on lumberyards and some landscaping applications. “I guess it's had a lot of good appeal and has exceeded our expectations in year one.”

A distinction the company does make is that it does not view its 519 as a “compact” model per se, but a smaller range machine fitting under its telehandler line up. He says others in the industry may classify telehandlers within this size range that have a reach of 20 to 23 feet as “compact,” but he believes that although the unit may be small in appearance, he thinks the 519 has it has performance features of some of the larger machines.

As of late, Mustang has been making its complete telehandler line up Tier III compliant for 2008, which Vargason says the company is on track to accomplish. The company is also about to introduce what it calls its Deluxe Series model 744, a 7,000 pound 44 foot which had previously been offered as a 42 foot machine.

The Deluxe Series, according to Vargason, has more feature enhancements, the “bells and whistles.” A lot of these features focus around the cab, with tri-function joysticks, suspension seats and things of the like. The Value Series are more of the “no frills” units that are, as the name implies, more of a value priced unit that Vargason says is well-suited with the rental industry.

It is clear that Vargason believes picking the right tool for the application is most important. He sees the release of the 519 a versatile piece of equipment that has performance capabilities of some of the larger handlers ideal for use on smaller construction projects.

ALH asks him if there are plans to release a high reach model, one that exceeds 55 feet such as Xtreme Manufacturing's model 1267 XRM, which has a lift height of 67 feet and forward reach of close to 54 feet. Vargason takes a different spin on the “bigger is better” mindset. He says capacity is in higher demand than height.

“At some point you get to point where you have to start asking the question when do you go from a telehandler to a crane? How high can you go with a telehandler and it still makes sense? And is it a viable piece of equipment to have on a job site?” he says. “The thing that most are looking at is how much weight can they lift – not how high can I lift that weight. It seems that capacity always becomes the bigger issue than height.”

So is Mustang looking at producing a higher capacity weight model? Vargason says it is something the company is looking into. Currently, the company's largest range model in terms of weight and height is the Model 1155, an 11,000 pound machine with 55 foot maximum height.

“We may suit our customers better or every bit as well by having an 11,000 pound with 44 foot boom. Today, I don't have that but that's something that would probably make some sense,” he says. “I think it's important for the customer to evaluate the type of job they are doing to determine if the job he is looking at is the right piece of equipment for that particular job.

“Why spend money for a piece of equipment that is greatest thing on the market and yet really only benefits your business by 20% of the time. At that point, find a machine that is going to perform to its maximum or 80% and really give you something that is a good safe machine to operate and much more cost efficient for you.”

In regards to ownership, Vargason believes the percentage of its customer base is “creeping to” 75% rental house/25% owners. Although he doesn't believe the ownership could reach a 50/50 ratio, he does think the percentage of 70/30 is possible.

The company has 200 dealers in the US currently. Overall, Vargason cites a couple of weak pockets in the country, notably the southeast and Michigan, but overall is quite positive about how sales have been. Vargason views the Canadian market as a growth potential and even with a handful of distributors up there - currently in Ontario and Edmonton - plans to increase the company's profile there.

“We're continuing to look at that market. The distribution I have up there is excellent, just not as much as I'd like,” he says.

As a company, Mustang will not share revenue figures nor will it disclose how many units are pushed out annually. However, Vargason agrees that 2007 was the most fantastic the industry has seen. And while reports have been all across the board that manufacturer sales were down around 30% last year, Vargason is quick to point out it wasn't a bad year, and even noticed a pick-up in sales the end of the year.

“As far as looking at it from a telehandler standpoint, we know we're going to have our work cut out for us. We don't see the whole market bouncing back instantly. But I will say the last couple months things have picked up and been quite encouraging,” he says. “We have dealers buying machines for rental fleets that are surprising us in a few cases, that instead of buying five, they bought 10 so we're starting to see a few things like that.”

Vargason is approaching 2008 with a “little bit” of optimism. He believes it will be a tough year and doesn't believe the market's just going to bounce back. He says housing will be tougher and knows it affects some of the businesses that the company does business with.

This is not the most aggressive business model ALH has heard, but there's something to be said for a realistic philosophy. Mustang will have its work cut out for them this year, but its realistic approach to the market may be the mindset worth considering. The moral: work hard, offer a good product with options, talk to your customers and good things will come.