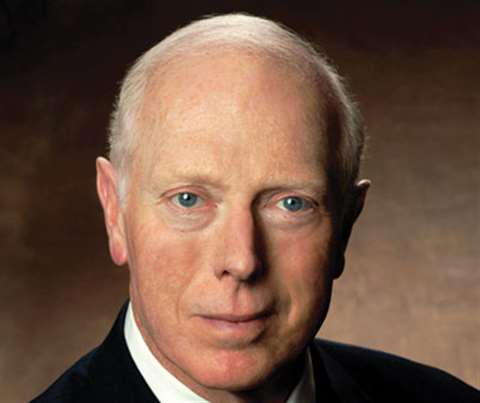 The NDA convention returns to one of its familiar haunts with the return of this year's annual convention to the Mirage Hotel on the Strip in Las Vegas. Scene of a number of highly successful past events, the venue is a popular one for attendees - especially those with an interest in games of chance, of course.
This year's convention follows the standard format, with formal events kicking off with the Annual Golf Tournament at the Silverstone Golf Club, home of the Las Vegas Celebrity Players Tour, on Saturday 20th. For those golf aficionados out there, the 3rd hole on the Mountain Course is the longest hole in Nevada, a par 5 with a length of 653 yards.
Registration for the convention opens on Sunday 21th, which is followed by the formal opening of the exhibit hall at the Mirage Event Center. A total of 50 companies have taken exhibitor space at this year's event, with 10 of these opting to take space in the equipment display area of the hall. The hall will be open from 12.00 through to 16.00 on the Sunday, and from 11.30 to 16.00 on both the Monday and Tuesday.
The first formal social event of the convention takes place that evening, in the shape of the traditional Opening Night Cocktail Reception in the Grand Ballroom, sponsored once again by Caterpillar.
The keynote speaker who will open proceedings on the 22nd is retired General Daniel Christman, who currently represents the US Chamber of Commerce before foreign business leaders and government officials and provides strategic leadership on international issues affecting the business community. The theme for his presentation will be "Leadership in Times of Crisis".
Prior to joining the Chamber, he served as president and executive director of the Kimsey Foundation, where he helped launch a programme on political reform in China in coordination with the Carnegie Endowment for International Peace. In the past General Christman served for five years as superintendent of the US Military Academy at West Point and he also served for two years as assistant to the chairman of the Joint Chiefs of Staff, during which time he acted as an advisor to Secretary of State Warren Christopher. He is a frequent contributor to CNN and also appears on the other major US TV channels.
He will be followed by Attanium Corps' Bob Mellinger, who will speak on how companies can improve their crisis communications and decision-making skills through the theme "The Disaster experience: Quickfire"
Sunday evening sees the second of the formal social events, the traditional themed party night. This year the theme harks back to the 1960s, taking as it does a Beatles "Love" Extravaganza style, once again held in the Grand Ballroom.
Tuesday will see the traditional three break-out sessions in the morning, with the first, "Survive to Thrive: Making the Transition: Coping with the Downturn and Planning for Recovery," presented by Greg Hoyle (Hoyle & Associates), who will provide tips on topics like managing cash flow and marketing. Mike Casbon (EMR Inc.) will speak on "Safety and Your Bottom Line," addressing the subject of how well-planned and executed safety programs can become profit centers. The third session is entitled "Green Marketing and LEED: Is There Money in it for You?" presented by John Lloyd (Lloyd's Construction Services) and Jason Haus (Dem-Con Companies). They will explain the benefits and pitfalls of establishing a capital-intensive recycling programme and developing a Leadership in Energy and Environmental Design-based marketing plan that really works.
The convention comes to its usual conclusion with the NDA Annual Banquet, once again in the Grand Ballroom.
As usual, D&Ri has taken a booth at the event (booth 312), and we look forward to meeting up with the North American demolition industry once again. See you in Vegas.