NDA president to give WDS welcome 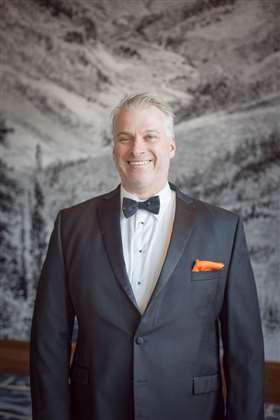 Chris, who was sworn in during the NDA’s Demolition Rockies event at Aurora, Colorado in March, will give a short welcoming speech to the 400-plus industry professionals expected at the showpiece event taking place in October.

He becomes the third successive NDA president to take an active role at the WDS, following Peter Banks, who shared conference chairing duties at Miami in 2016 with then vice-president Scott Knightly, and Scott himself – who was a conference speaker at London the following year after succeeding Peter in the presidency.

Demolition & Recycling International is organising the summit in co-operation with the NDA and we are delighted that Chris will say a few words at the start of the event, which is returning to North America after a gap of three years.

The recent Europe-based events in London and Dublin were hugely popular with American and Canadian delegates, with well received conference presentations from the likes of Brandenburg’s Dennis McGarel and Brent Willson of Dustless Technologies. There were also popular award winners in the shape of companies such as Ferma Corporation, Adamo Group and the overall winner Kiewit/Manson.

This year’s event starts with a networking drinks reception on the evening of Wednesday October 23, followed the next day by a conference during the daytime and awards dinner in the evening.

Headline sponsor of the event is Volvo Construction Equipment.

For more details of the WDS, please visit www.demolitionsummit.com