Year-on-year market conditions have improved in the first quarter of 2018, while the next 12 months are looking healthy, according to the ERA/IRN RentalTracker. 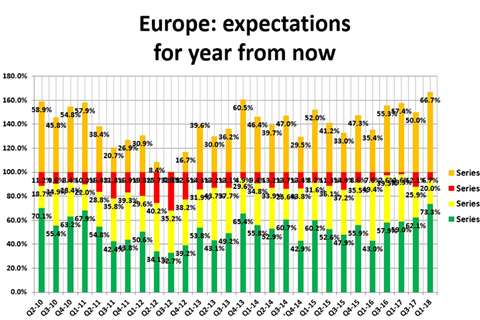 A total of 50% of respondents said they felt market conditions were improving, compared to a balance of 53% in the third quarter of 2017 – the last time ERA/IRN Rental Tracker survey was published, following the decision to cut it to twice a year, rather than for each quarter.

Most notably, and equalling last year’s outcome, 100% of respondents in Spain said they believed market conditions were improving.

Going hand-in-hand with improving market conditions is a general perception of year-on-year growth and, that said, there was also a record balance of respondents saying that conditions had improved since the first quarter of 2016, at 56.7%. This proved to be a record high since the ERA/IRN RentalTracker began.

Looking back at the comparable 2017 survey, a balance of 54.7% said improvements had been made year-on-year, which was a record high at the time.

Investment is often a key barometer as to the future optimism of a company and, in terms of fleet investment, a balance of 44.9% of respondents said they would increase their investment in their fleets over the next year. This compares to 36.7% in the previous survey, and 35.2% in the same period a year ago.

The full report is available in the April-May 2018 issue of IRN.