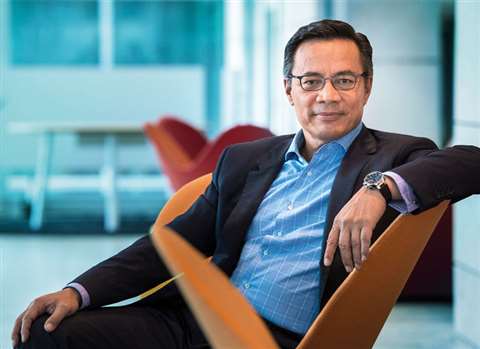 The chief financial officer at the newly-merged construction materials company LafargeHolcim is leaving the company and will be “pursuing new opportunities outside the group”, according to the company.

Group CFO Thomas Aebischer will be replaced by Ron Wirahadiraksa, as group chief financial officer and member of the executive committee.

Wirahadiraksa is currently executive vice president and chief financial officer of technology company Philips, a group he joined in 1987. After working in the Netherlands, Greece, Malaysia and the US, he became CFO at LG.Philips LCD in South Korea in 1999. During that time, as president and CFO, he shared operating leadership with the Korean CEO.

He became CFO at Philips Healthcare in 2008. In 2011, he took over as CFO for the Philips Group and played a pivotal role in the transformation of the company.

Eric Olsen, CEO of LafargeHolcim, which completed its merger this summer, said Wirahadiraksa was “a highly skilled and experienced CFO with a multicultural background. He comes with vast experience in transforming business models, driving performance and in taking value creation to the next level.”

Wirahadiraksa will join LafargeHolcim on 1 December, 2015.

The merged group’s executive committee members were announced in May, including Aebischer, who was CFO at Holcim.