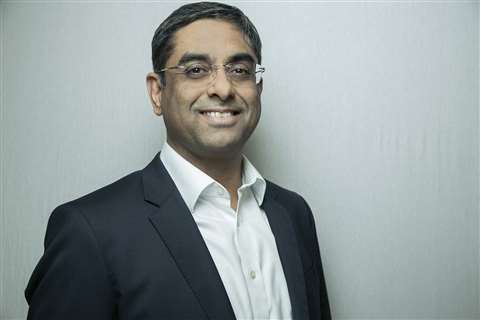 He takes up the position as the United Kingdom-based company, which became part of the Carlyle Group last year, prepares for what it described as a ‘major global expansion’.

EnerMech, which has 3,500 staff in 40 locations around the world, operates in numerous sectors, including LNG, petrochemical, power and defence,

Speaking about his new role, Sharma said, “EnerMech is a well-respected business and I was fully aware of the excellent progress it has made in global energy sector over the last 11 years. I look forward to taking up this great opportunity to help shape EnerMech’s business strategy which will deliver sustainable and profitable long-term growth.”

Sharma, who took over as CFO from the company’s founding director, Michael Buchan, has started in his role alongside the company’s new CEO Christian Brown.

EnerMech founder and retiring CEO, Doug Duguid, said, “EnerMech will start the new decade on a strong footing with Chris Brown and Sandeep Sharma at the helm as they build on the very strong foundations established over the last decade.

“We are delighted to have recruited two first class individuals with broad ranging international experience who will develop and deliver an ambitious business growth programme with the full support of The Carlyle Group,” Duguid continued.

The company said that while Buchan will remain with the company in a part-time capacity until March 2020, Duguid would retain an advisory position for a planned transition period.