Enerpac said the SCJ50 works in a similar way to its other current jack-up systems but is simplified as electrical controls are not required. Blocks are stacked manually, with a mechanical lock on the up stroke and down stroke. The operation is incremental; at the end of the up stroke the lock engages. Once engaged, the lift cylinder is retracted and another block can be added. 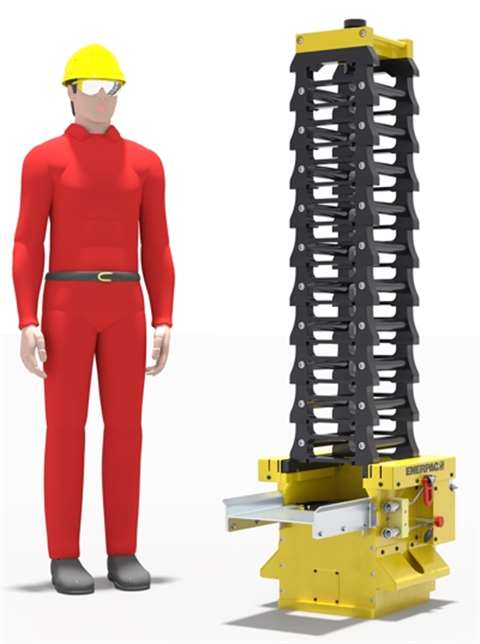