New South Wales, Australia-based lifting and rigging equipment supplier Ranger Lifting is opening a new facility in Prestons, near Sydney, as part of its growth strategy. This follows the opening of a facility in Melbourne, Victoria, earlier in the year. The new Prestons facility will be used as Ranger’s headquarters and is three times the size of the company’s previous site.

The new facility will be officially opened on Saturday 22 September, 2018, and the opening will combined with a celebration to mark the company’s twentieth year in business.

“Making 20 years is a huge achievement and we wanted to celebrate not only what we have built in that time but everyone that has played a part,” said Ranger Lifting general manager Ashley Thacker. “Relationships have been integral to the success of our business. We’re not inviting clients to celebrate with us – we’re inviting friends. Many of them have grown alongside us and it’ll be interesting to chink glasses and reminisce somewhat, although the focus of the event is as much about looking forward as it is reflecting on what has been.” 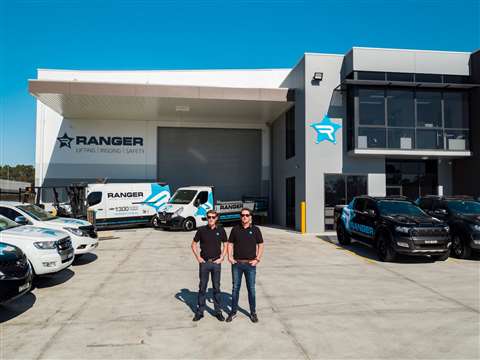