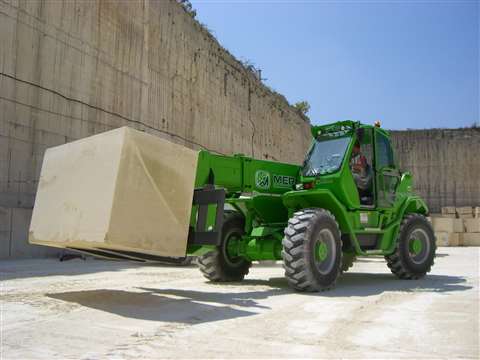 New Merlo Panoramic 120.10 HM telehandlers will be available at the beginning of May from Manulift, a Canadian importer of Merlo telehandlers, according to the company.

The 26,455-pound capacity telehandler features a 32-foot working height and is replacing the Merlo Panoramic 101.10. The 120.10 has a 19-foot forward reach and a 3-foot bilateral side shift system on the boom which "maximizes the storage space by allowing the operator to position the loads and materials as close as possible to one another," the company said in a statement.

The telehandler is powered by an Iveco 145 hp turbo engine, features 360 degrees of visibility and has no counterweights. It will be available from Manulift in the beginning of May.