C. Zwagerman Transport’s low-loader, type EURO-147-46(ICP), has been optimised for German regulations with an axle load of 12 tonnes at 80km/h. According to Nooteboom, this means loads of 100 tonnes can be transported efficiently in and out of Germany. 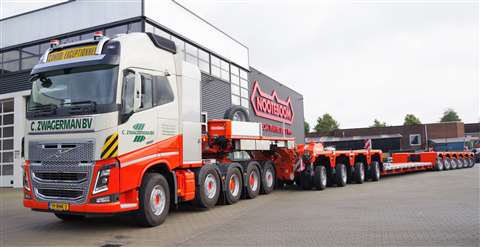 Cor Zwagerman, director and owner of C. Zwagerman Transport, said, “The cranes and machinery that we transport are getting heavier all the time. This new low-loader is the largest that Nooteboom has ever put on the road. With a German exemption the load capacity is just over 100 tonnes and this enables us to enter a new segment of the market.

C. Zwagerman Transport’s low-loader combination has a load capacity of 100 tonnes and has been optimised for German regulations

“This Nooteboom 4+6 low-loader has several advantages for us. In order to adapt the low-loader, as far as possible, to comply with the German regulations for exemptions, the axle distance has been increased to 1.51 metres instead of the usual 1.36 metres. In practice this means that due to this larger axle distance, which minimises the load on bridges and viaducts, the exemptions in the various federal states of Germany are easier to obtain. 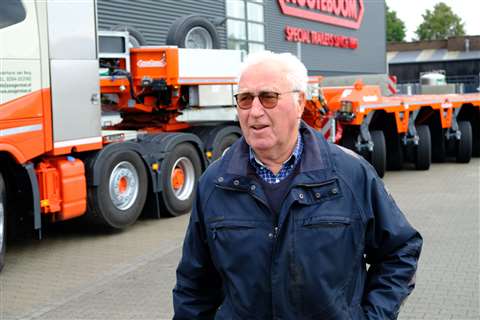 “Another advantage is the close coupling system which makes it easy for us to convert the trailer into a 10-axle semi low-loader. In this configuration the load capacity increases to around 110 tonnes and the steering of the Interdolly can easily be adjusted to this shorter configuration. 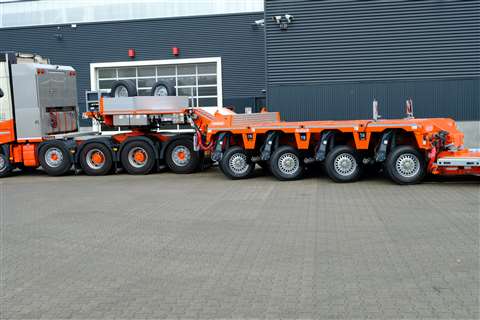 “All the 4+6 low-loader components – such as the gooseneck, Interdolly, load floor and axle assembly – are universally exchangeable with our 3+5 EURO-PX Nooteboom low-loader. This means we can put no less than 14 different configurations on the road and for us this is an economical and efficient alternative to modular trailers, which are complex and more expensive.” 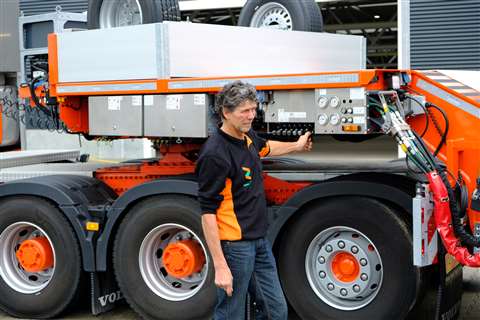 C. Zwagerman Transport driver Paul van Wijk said, “In our company several drivers must be able to operate a low-loader. This is no problem because the Nooteboom trailers are simple and intuitive to operate, especially in comparison with modular trailers and their complex operation. I drove the first Nooteboom low-loader with an Interdolly ten years ago. At first I did not see the advantage. In those days we had been working with a Jeepdolly for years. Initially I thought the smaller steering angle of the first generation Interdolly would be a disadvantage. But in practice this was not a problem and the new Interdolly now has a steering angle of up to 70 degrees. This makes the combination much more manoeuvrable than before and reversing is much easier than with a Jeepdolly.”