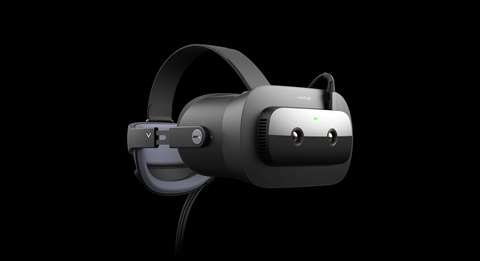 A new mixed reality headset from the Finnish tech firm, Varjo could have exciting applications within the construction industry, according to the company.

Already in use in the automotive and aerospace industries, the headset is fitted with forward-facing cameras, which transmit high-definition images of the wearer’s surroundings into the headset.

The headset is able to combine the live feed from these cameras with 3D images to create a ‘seamless’ interface.

The device promises photorealistic visual fidelity and integrated eye-tracking which, according to Varjo, can seamlessly merge virtual content with the real world to the extent that the wearer cannot tell the real and virtual worlds apart.

Reportedly, Volvo’s automotive engineers have worn the XR-1 headset while driving on test tracks, and the technology has allowed them to try out conceptual dashboard designs while operating a moving vehicle.

“Many companies understand the benefits of implementing virtual and mixed reality into their workflows, but haven’t had access to technology sophisticated enough to create photorealistic, 3D content and simulations,” said Urho Konttori, Chief Product Officer and co-founder of Varjo. “We are excited to bring the XR-1 Developer Edition to market as the industry’s first device that can flawlessly blend the virtual with the real world like never before – pushing the boundaries of what’s possible in training, design and research.”

Konttori told Engineering News Record that companies interested in the technology should develop their own custom software for the headset, but believes the XR-1 – with a current price tag of around €10,000 – could help take mixed reality products beyond the designer stage of projects.