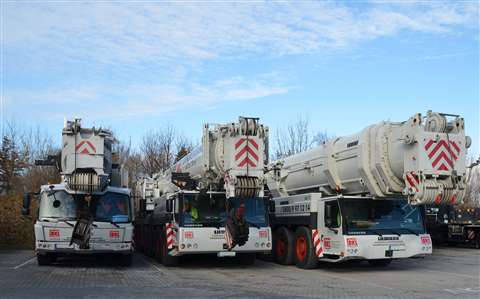 BKL has a fleet of over 60 all terrain mobile cranes and more than 400 tower cranes ranging from 13 to 750 metric tonnes, all from a range of different manufacturers

The site, which will open in January 2018, will be BKL’s fifth location in the country and will help it better serve the southern Bavarian and northern Austrian markets. The new location is particularly well-served by road transport links.

“Opening the Rosenheim site is the next step forward in our expansion strategy. Following BKL Ingolstadt, now covering North Bavaria and thus the region between BKL South and BKL Centre/West since 2014, we are set to extend the radius of our crane services to the south, even as far as Austria”, commented Alexander Volz, managing partner of BKL.