Norm sets out 'to conquer Australia'

Norm Engineering is the new importer of Rototilt’s tiltrotators and peripheral systems in Australia.

The use of tiltrotators on excavators is common in the Nordic countries, but in Australia interest has only begun to grow in recent years. Now, however, more and more contractors are said to be discovering the benefits of 360° rotation and 40° tilting of their tools. 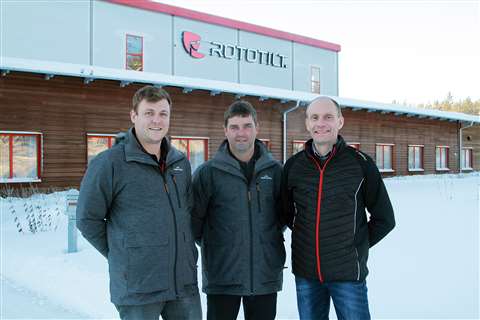 “We are based in two completely different parts of the world, yet we still share a passion for excavator equipment,” said Hans Röring, export development manager at Rototilt Group.

“It is clear that Norm Engineering is really keen to conquer Australia with the tiltrotator concept.”

“The construction industry in Australia will be impressed by the increased versatility and efficiency a tiltrotator delivers. We can see huge potential in this collaboration with Rototilt,” said John Pesch, general manager of Norm Engineering.