November issue of IC out now 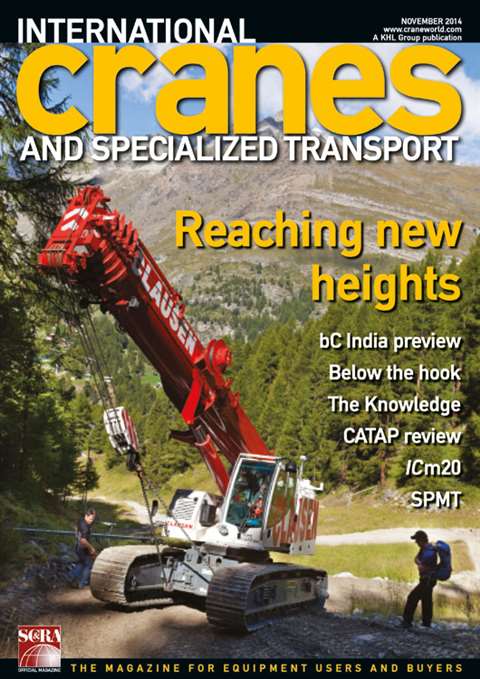 The November issue of International Cranes and Specialized Transport magazine is now available in print and online.

This month's issue includes features on rough terrain cranes, below the hook equipment and self propelled modular transporters. The issue also includes the regular feature from Marco van Daal, world news and a site report about international heavy lift and transport specialist Sarens, as it puts the first unit of the new Terex Boom Booster to work on a wind turbine farm in the Netherlands.

The free tablet edition is also available for download. This convenient format offers additional images and video alongside all the text and pictures from the print version. There are galleries of extra images which can be accessed by swiping pictures marked with white dot. The number of dots shows how many images can be viewed. A “play” symbol indicates the presence of video or audio.

The tablet version of International Cranes and Specialized Transport can be downloaded through the Apple News Stand on iPads or through the Pocketmags app. Adding this app to either Apple or Android tablet devices enables the magazines to be downloaded. They can also be downloaded directly from the Pocketmags website – www.pocketmags.com – to these and other devices such as Kindle Fire and Blackberry Playbook, as well as on PCs and Macs. A search of pocketmags.com for International Cranes and Specialized Transport will find it.